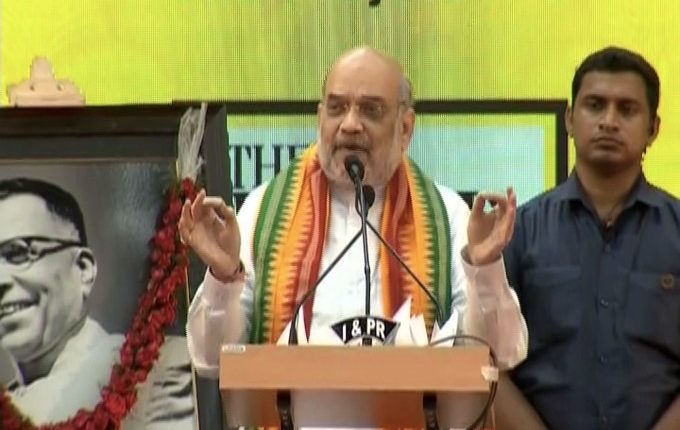 Cuttack: Asserting that ‘Acche Din’ had already arrived, Union Home Minister Amit Shah on Monday said all the poor and tribal people of the country should now be proud that Odisha’s Droupadi Murmu with her humble background has become the President.

“Daughter of Odisha Droupadi Murmu, who comes from a poor tribal family, is now in the top constitutional post. This should make all poor and tribal people of the country proud,” Shah said addressing a function to mark the 75th anniversary of Odia daily ‘The Prajatantra’ in Cuttack.

“Acche Din have finally come. Many Odia personalities are now holding key positions in the country. The future looks promising for the state,” the Home Minister said.

The programme was also attended among others by Union Education Minister Dharmendra Pradhan and Odisha Chief Minister Naveen Patnaik.

Shah said many Odias have been given prominence at the Centre after independence in the form of Union Ministers Dharmendra Pradhan, Ashwini Vaishnaw and Bishewsawr Tudu and RBI Governor Shaktikanta Das.

Shah, who started his address with ‘Jai Jagannath’ chant, said whenever he visits Odisha he first pays obeisance to Lord Jagannath. “It fills the mind with devotion,” he said.

Forseeing a bright future for Odisha, the Home Minister said that under the leadership of Prime Minister Narendra Modi, the Central government is committed for the holistic development of the state.

Shah said the Centre and the state government should join hands to work for the development of Odisha and its people.

Addressing the function, Naveen said the role of media in a democratic society can hardly be over-emphasised.

“It should endeavour to uphold our great cultural heritage and moral values and promote national integration and communal harmony.  Media should discharge its duty without any fear or favour,” said Naveen.

“Media runs on the basis of people’s trust. It is therefore expected that media should prioritise the real issues of people rather than politics. Media essentially should be the voice of people,” he said, adding that media being the voice of the people must reflect the democratic value system and take a neutral stand in every aspect of society.

“Whether it is print or electronic or social media, it is the duty of every media house to maintain dignity and keep the secular principles in mind,” Naveen said.