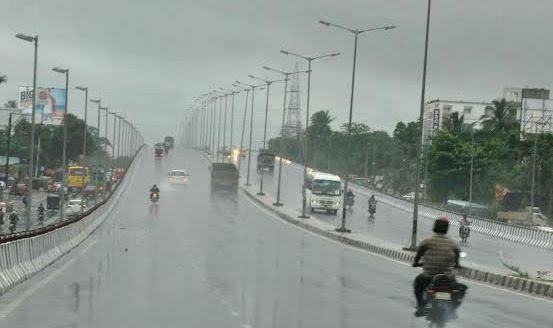 Bhubaneswar: The India Meteorological Department (IMD) has issued warning for heavy rainfall for the next five days in Odisha.

The IMD has issued red warning for the next two days when heavy to very heavy rainfall is very likely to occur over various districts of the state. On August 8, red warning has been issued to Gajapati, Ganjam and Kandhamal districts and the same has been sounded to Bargarh, Sambalpur, Angul and Keonjhar districts on August 9.

Several districts of the state are expected to witness intense spells of rain as orange and yellow warnings continue for the next three days.

The MeT office further said that the well-marked low-pressure area over northwest and adjoining the west-central Bay of Bengal off Odisha and adjoining north Andhra Pradesh coasts is likely to concentrate into a depression during the next 24 hours and move west-northwestwards across Odisha and Chhattisgarh. 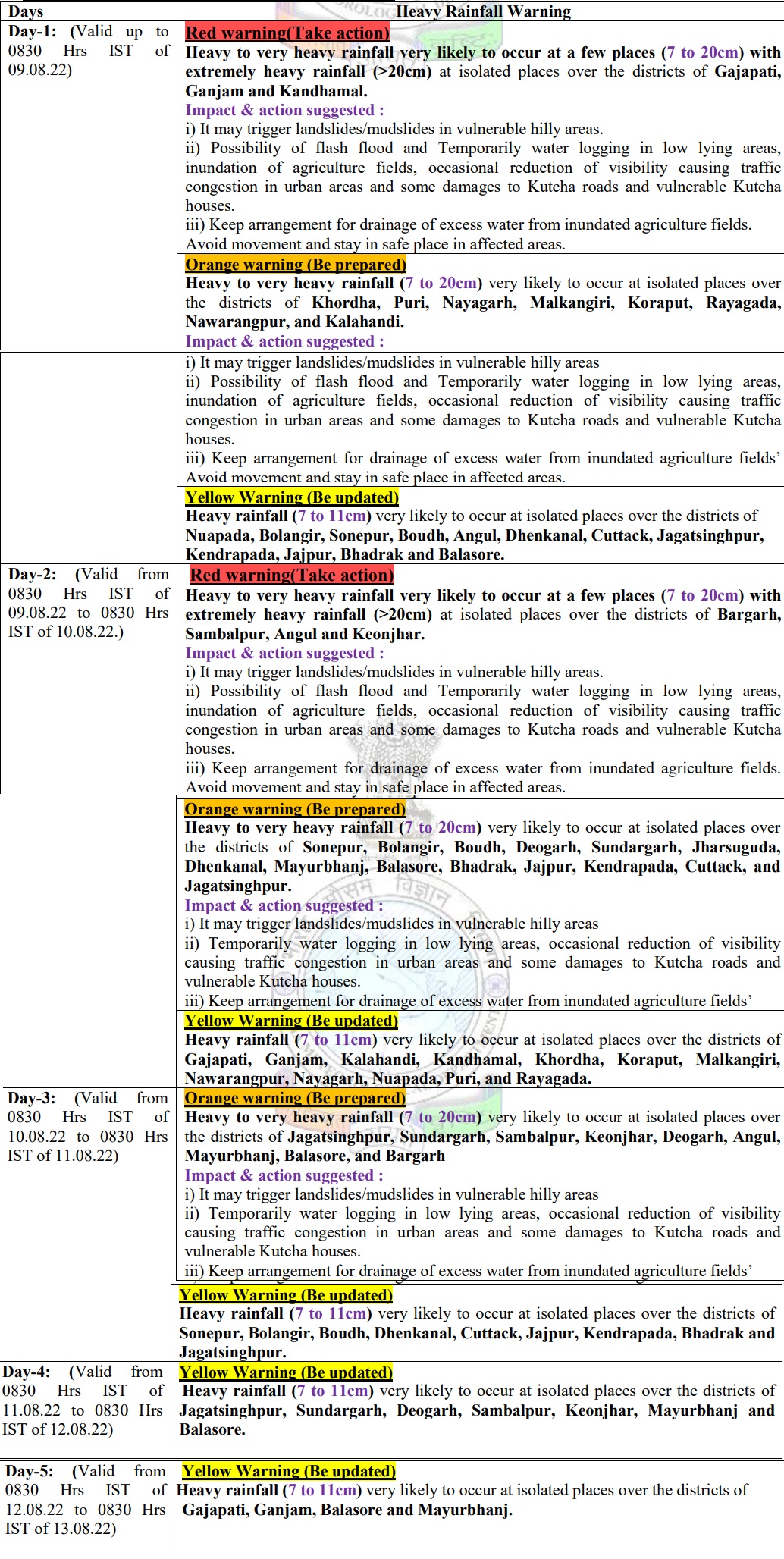