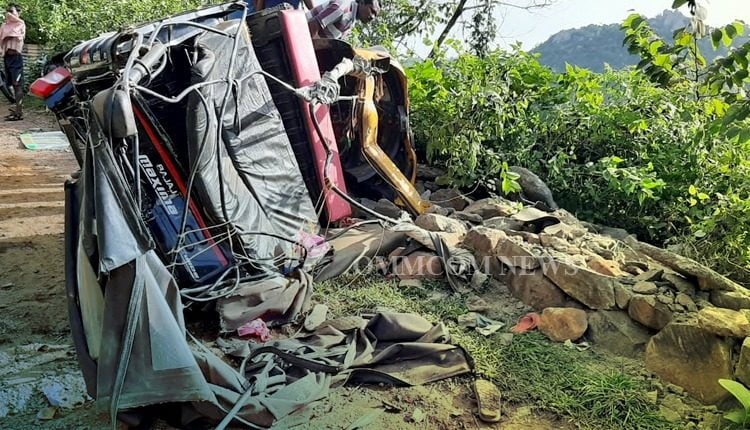 Baripada: A school student and a parent died after a truck hit an auto-rickshaw on NH-49 at Bangiriposhi ghat in Odisha’s Mayurbhanj district on Tuesday.

According to sources, the accident took place when four school students and their parents/guardians were on their way to Suliapada from Dopatta village in an autorickshaw to collect rice allotted under the midday meal scheme.

Mayurbhanj SP Smith Parmar told the media that the auto toppled after being hit by the truck on the hilly road in Bangiriposi ghat on NH-49. “The deceased suffered grievous injuries as they were thrown out of the auto. The vehicle was totally damaged in the accident,” he was quoted as saying by the Hindustan Times.

The injured were admitted to the Bangiriposhi hospital with the help of local people and fire services personnel. They were later shifted to the district headquarters hospital.

The driver and helper of the truck fled the spot after the road mishap, the sources added.

Since schools have been shut due to COVID-19 pandemic, the Odisha government has made provisions for distribution of MDM rice to the parents of the school children. Each child in the primary section is entitled to 100 gram of rice every day while it is 150 gram each for the upper primary students. The daily food security allowance is Rs 5 for primary and Rs 8.12 for each upper primary student.