Accident-Related Deaths Drop By Over 10% In Odisha

Bhubaneswar: Odisha has witnessed a steep decline in accidents and fatalities  in the first first two months of the year compared to the same period last year.

The decline is 15.34 per cent in accidents and 10.33 per cent in fatalities during January and February, stated the Commerce and Transport Department.

Accidents were less by 143 in January and fatalities dropped by 35 in the month.

In February, the accidents declined by 184 while the related deaths were down by 63 in the month, the department stated.

Strict enforcement measures and support from Odisha Police helped in bringing down the accidents and deaths. 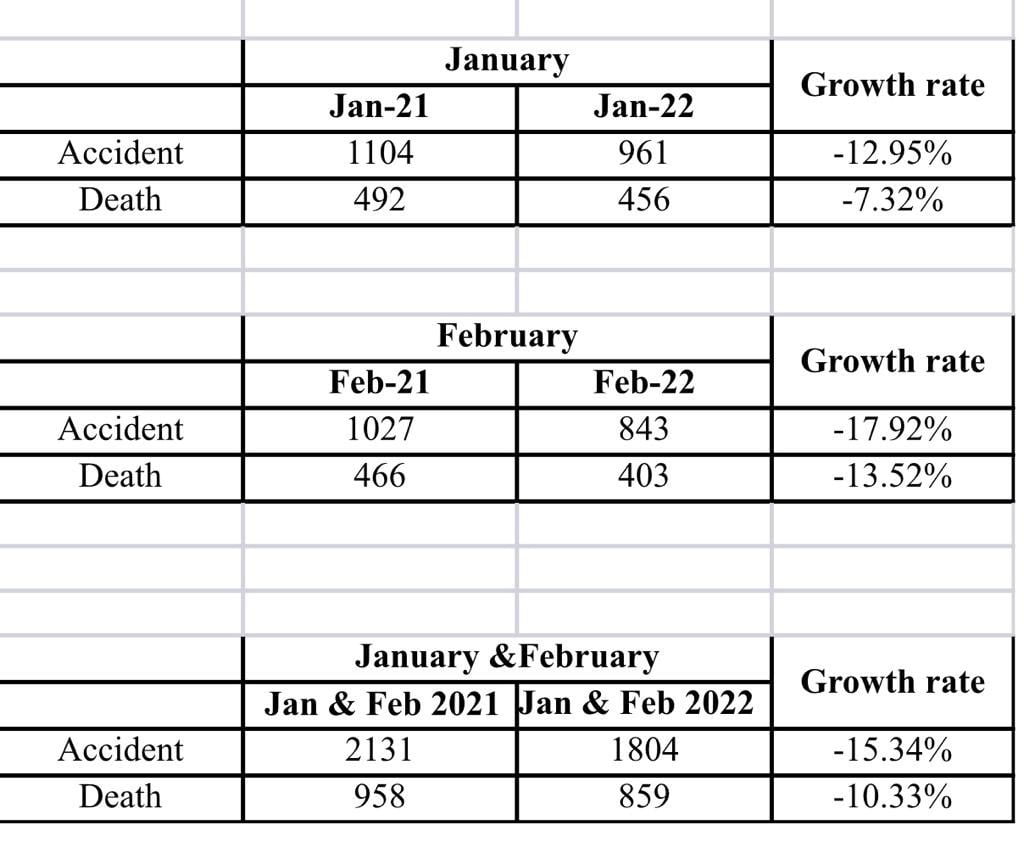 Anushka Sharma Turns 34: You Know That, But Check Out These Less-Known Facts About Her