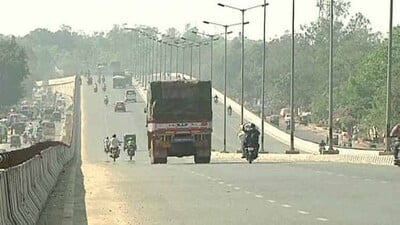 Bhubaneswar: A total of 1,167 people died in Odisha from accidentally falling off running vehicles in 2020, according to the latest report on accidental deaths and suicides in India, compiled by the National Crime Records Bureau (NCRB).

Odisha is on top of the list. Maharashtra is in second place with 1,058 deaths. Madhya Pradesh recorded 397 deaths.

In 2019, Odisha was in 13th place, recording 69 deaths of people who accidentally fell off moving vehicles.

The report also places Odisha on top when it comes to deaths caused by accidental fire due to electrical short-circuit, putting the number of deaths at 490.

A few months ago, the Odisha government launched an Integrated Road Accident Database (IRAD) app for collecting accident data on the spot in the state.

The app is part of an initiative by the Ministry of Road Transport and Highways (MORTH) and supported by the World Bank.

The app will also help in analysing the causes of road accidents and help reduce fatalities.