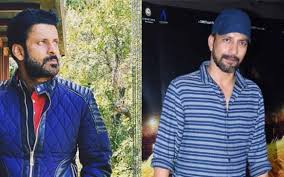 Bhubaneswar: The Uttarakhand health department on Tuesday conducted corona test for Bollywood actors Manoj Bajpayee and Deepak Dobriyal, who are currently stranded in Nainital due to the lockdown.

According to media reports, actors Manoj Bajpayee and Deepak Dobriyal along with 23 crew members were shooting for their upcoming film at Satoli when the lockdown was announced. As a preventive measure to contain the virus, the state health department, which was conducting a health test campaign in Nathuvakhan and Satoli area, approached the actors and tested them for the deadly virus.

The test reports came negative and the entire team was found to be in the pink of health.

At present, Manoj Bajpayee and his team are putting up at Wood House Resort at Sonpani State Satkhol of Ramgarh block.