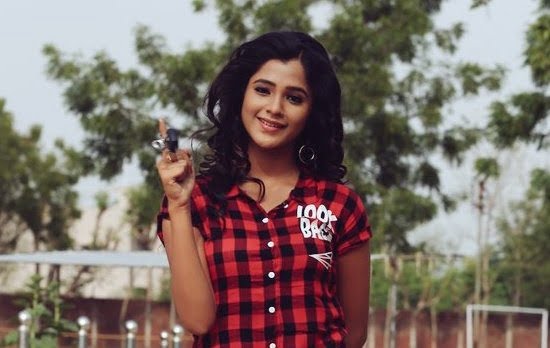 After a heated argument, she accused him of mentally torturing her during the shoot of the movie. She alleged that Panda has intentionally deleted some of her scenes and misbehaved with her and her mother during the audio release. The outburst was captured in camera and circulated on social media.

Amid the horror of the #MeToo movement, film producers’ association and the directors’ association of Odisha hurriedly called for a press meet on Thursday night and refuted all the allegations.

But it’s far from over. Elsa will soon hold a press meet to clarify her stand on the whole episode, said her father from Kolkata on Friday.

After the untoward incident on Wednesday, the actress flew back to Kolkata. “We will call for a press meet in Bhubaneswar in a day or two and Elsa will clarify everything. We have no complaints against any other team mates from the production house or any of the co-artistes. My daughter is under mental pressure having been handed over a raw deal. Though a Bengali, cine lovers of Odisha like her performance,” he said.

Elsa was promised the role of the leading lady opposite Jyoti Ranjan Nayak in ‘Tu Mo Suna Chadhei’, but we have doubts over her screen space, he added.

Elsha had earlier acted in ‘Dipu D Dance Boy’ and ‘Bhairav’ while ‘Krishna Sahu Super Market’ is in the pipeline.

In the recent press meet, Panda had praised Elsa’s work which gave a positive boost to her, added her father.

13 Injured In Road Mishap In Sundargarh