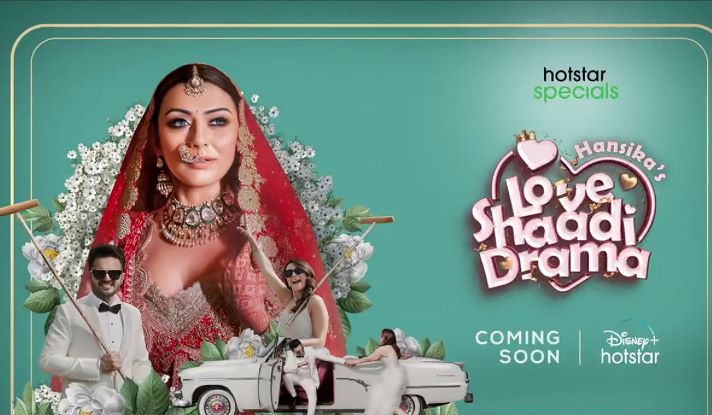 Mumbai: In a first of its kind, the wedding of an actress will be the subject of an OTT show.

Hansika Motwani on Wednesday took to social media to announce her next show, titled ‘Hansika’s Love Shaadi Drama’, to be streamed on Disney+ Hotstar.

Hansika’s Love Shaadi Drama will showcase how events unfolded after she announced her decision to tie the knot with Sohael, as wedding planners, designers and family members raced against time to arrange a fairytale wedding in six weeks.

In a video shared on Instagram, Hansika says: “Hi, this is Hansika Motwani and something very special happened in my life, I got married… Guess you can see the wedding glow and you can watch the entire wedding only on Disney+ Hotstar.”

She made her film debut in Puri Jagannadh’s Telugu directorial Desamuduru. Her last released film was Tamil crime thriller Maha.