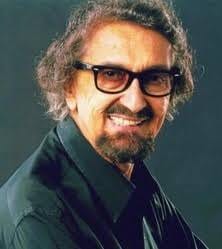 Mumbai: Popular ad guru and actor Alyque Padamsee, known best for his role as Muhammad Ali Jinnah in 1982 drama ‘Gandhi’, is no more. He died at the age of 90 in Mumbai on Saturday morning.

He was the Chief Executive of Lintas- one of the top advertising agencies in the country. Alyque’s was known for famous ad campaigns like ‘Hunara Bajaj’, ‘Cherry Blossom Shoe Polish’, ‘Liril’, ‘Surf’ and ‘MRF tyres’.

He received Padma Shri in  2000, and was awarded the title of ‘Advertising Man Of The Century’ by the Advertising Club in Mumbai.

Padamsee was born to an affluent Muslim businessman , who owned 10 buildings and ran a glassware and furniture business in Gujarat’s Kutch region.

A prominent theatre personality, he completed his education from St. Xavier’s College, Mumbai. At the age of seven, he made his debut in theatre in  Shakespeare play ‘Merchang of Venice,’ directed by his brother Bobby Padamsee. The first play directed by him, was ‘Taming of The Shrew’.

The Ad-guru then went on to direct several big-budget drama productions like ‘Evuta’, ‘Jesus Christ Superstar’, ‘Tuglaq’ and many more.