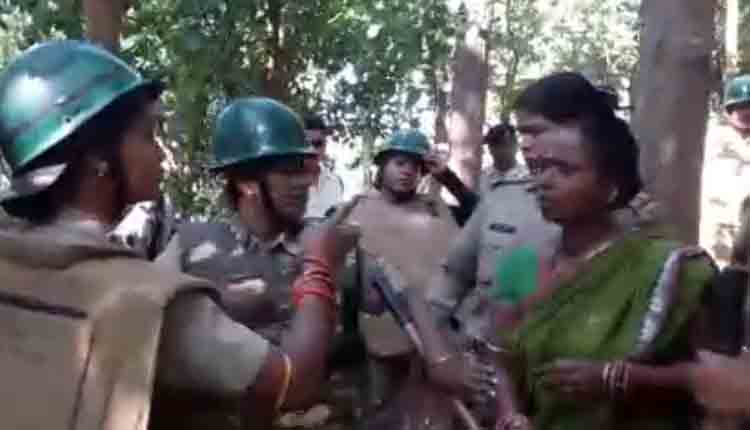 Dhenkanal: Opposing cutting of trees to set up of a beer factory at Jhinkaragadi forest, hundreds of women of Balarampur village in Dhenkanal district scuffled with police personnel on Saturday.

They opposed the move by waves sticks at the police as the district administration started cutting trees this morning.

Women were seen wrapping their arms around the trees.

Police forces have been deployed in the area and 20 persons detained in connection with this incident.

As per the latest reports, the district administration with the help of police had already cut around 500 valuable trees including  sal, teak wood, harida and bahada.

Notably, the entire village had come forward to save the forest. The villagers, mainly, women, have been guarding the trees inside Jhinkaragadi forest.

According to sources, the proposed beer factory is expected to come up on 600 acre of forest land. Chief Minister Naveen Patnaik had laid the foundation stone for the project through video conferencing on November 3.

According to the sources, the construction work was scheduled to begin on November 8, but it had to be stopped because of the protest by villagers.