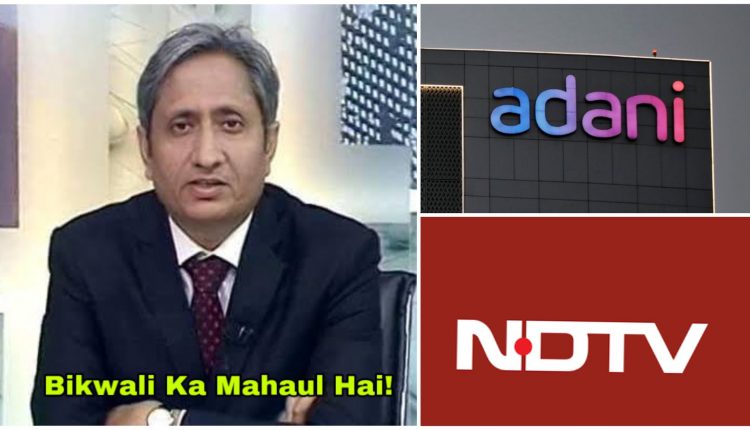 Three firms, Vishvapradhan Commercial Pvt Ltd along with AMG Media Networks and Adani Enterprises Ltd, have offered a price of Rs 294 for the acquisition of up to 1,67,62,530 fully paid-up equity shares of NDTV having a face value of Rs 4 from the public shareholders, Business Standard reported.

A public announcement has been made by JM Financial Ltd, which is managing the offer on behalf of the acquirers.

“This acquisition is a significant milestone in the journey of AMNL’s goal to pave the path of new age media across platforms,” Sanjay Pugalia, CEO, AMG Media Networks Limited was quoted as saying. “AMNL seeks to empower Indian citizens, consumers and those interested in India, with information and knowledge. With its leading position in news and its strong and diverse reach across genres and geographies, NDTV is the most suitable broadcast and digital platform to deliver on our vision. We look forward to strengthening NDTV’s leadership in news delivery.”

Let’s take a look at what netizens are saying:

NDTV sold to Adani, Unbelievable! There should be a limit to what money can buy.

Not sure how this will affect the honest journalists working in NDTV but we all will surely miss the remarkable and unbiased reporting by daring Ravish Kumar if he decides to leave. 🥲

What will happen to Ravish Kumar?

Independent media is dead so long as BJP-RSS remains in power#NDTV #Adani pic.twitter.com/9h8bjFCEnV

#NDTV #Adani
This is not done…💔 pic.twitter.com/NkCqWam0uR

[Watch] Journalist Siddique Kappan Walks Out Of Jail After 2 Years