Advertisement Issued For Roles In Dhanu Yatra In Odisha’s Bargarh 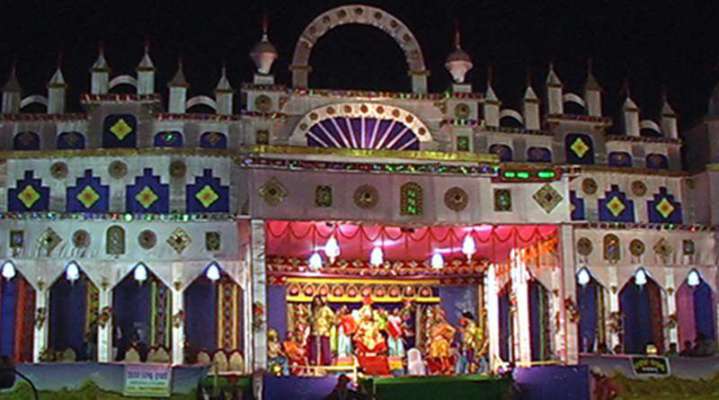 Bargarh: As per the decision announced earlier, applications have been sought from artists to play the role of different characters during Dhanu Yatra in Odisha’s Bargarh.

The Dhanu Yatra Mahotsav Samiti has issued an advertisement, seeking applications from the artists to play the characters of the epic Mahabharat, particularly during childhood of Lord Krishna. The artists will be selected for characters including Kansa, Akrura, Ugrasen, Basudev, Devaki, courtesans, sepoys and others.

The artists can apply through hard copy in the prescribed form or e-mail. They have to submit the filled up forms between October 22 and 31. For those applying for the role of Kansa should be 18-60 years. A 7-member expert committee has been formed to select the artists.

They can apply for maximum two characters and must have the experience of acting on stage. They have to bear transport expenses on their own, the advertisement stated.

During Dhanu Yatra, considered as the biggest open air theatre in the world, the Mahabharat is played out in Bargarh and nearby Amapali towns. While Bargarh is transformed into Mathura, Jeera river flowing nearby becomes the Yamuna and Amapali is converted into Gopapura.

During the 11 days of the Yatra, King Kansa rules over the town and its residents, including district collector and SP, become his obedient subjects.

Public Holiday For Dhamnagar Bypoll In Odisha On November 3