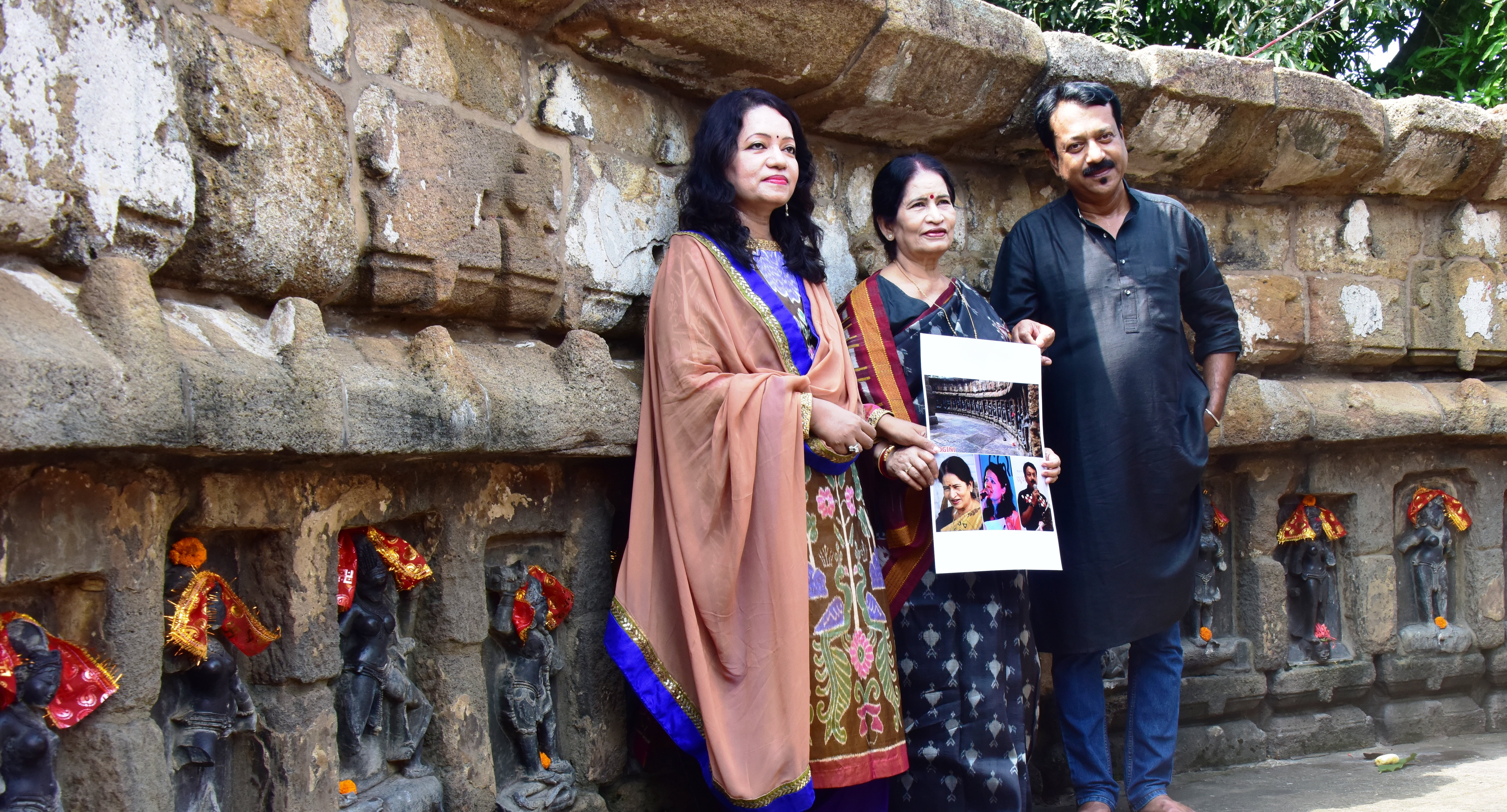 Eminent Odia singer Adyasha Das released a song on Chausathi Yoginis, her latest musical venture at the ancient tantric seat of worship, on the auspicious occasion of Dussehra yesterday.

The first-ever song depicting the rare qualities of all 64 yoginis is a unique contribution to the preservation of our cultural legacy.

In a rare morning ritual, recreating the age-old ancient era, the song venerating the Chausathi Yoginis was released on the temple premises in the presence of lyricist Jnanpith awardee Pratibha Ray and renowned music composer Omprakash Mohanty.

The Hirapur residents, few tourists and the priests were witness to the first rendering of the song for yoginis along with the ten-armed presiding deity of the pitha, worshipped as Mahamaya. The chanting of tantra shlokas, Yogini mantras, the divine effect of ghanta, musical bells and mahuri, the powerful lyrics and divine the composition, all created the magic of transcendence.

The Yogini cult is a mystical, magical, powerful amalgamation of sacredness and spirituality. Not far from the capital city, Bhubaneswar, yet nondescript and forgotten lies the Chausath Yogini temple of Hirapur, dating back to the 8th/9th century AD renowned for the innumerable sculptural pantheons of Yogini deities.

At a time when modernity is pushing people into a chaotic identity-crisis, this song comes as a reminder of our rich cultural heritage, to strengthen our cultural and historical identity. The song has attracted immense interest and will be presented in various international forums from November. It will also be staged as a dance ballet, according to a press release.