After 20 Yrs With Maoists, Couple Sells ‘Gupchup’ For Livelihood In Odisha’s Sambalpur 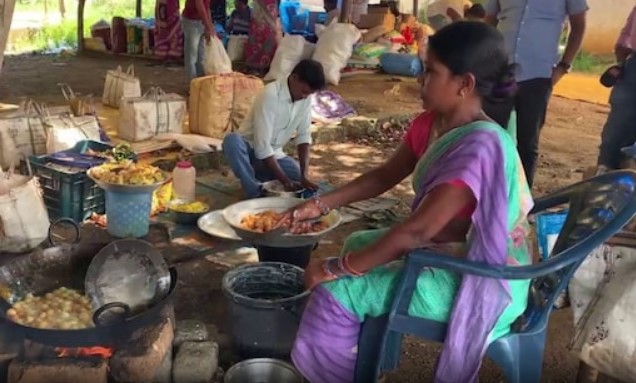 Samablpur: A Maoist couple, who used to handle AK-47 and stun guns, are now handing out ‘Gupchup’ (a type of snacks) to customers in a stall for livelihood in Odisha’s Sambalpur city.

Attracted by the ideologies of Maoists, Amar Mirdha and Aarti Mirdha of Tampersingha village in Sambalpur district had joined the banned outfit in 2002. Both of them were trained in handling weapons including AK-47, stun gun and SLR among others, according to a News18 report.

Amar and Aarti were active in Maoist activities in SDS zone including Sambalpur, Deogarh and Sundargarh districts during their association with them. In fact, Aarti spent 3 years in jails of Deogarh and Sambalpur.

Over the years, as the Maoists lost their grip in the state and started killing innocent people, the couple got disillusioned with their deviation from the ideologies and wanted to severe their association with them. Finally, they gave up arms and surrendered before police to join the mainstream of society.

As per the government policy, they were given the financial aid and other incentives to lead a normal life. They opened a food outlet at Meghpal Street in the city and started selling ‘Gupchup’ and other snacks.

The couple said after coming into the mainstream, the aid, which they had received from the government, was spent in the courtroom. “If we get a loan from the bank, we can make the shop bigger and run better,” News18 quoted Amar as saying. The Additional District Magistrate has assured the couple of necessary assistance to promote their business.

Coastal Communities In Odisha To Be Made More Climate Resilient