After A National Award, Nothing Can ‘Shut Up’ Odisha-Born Singer Sona Mohapatra 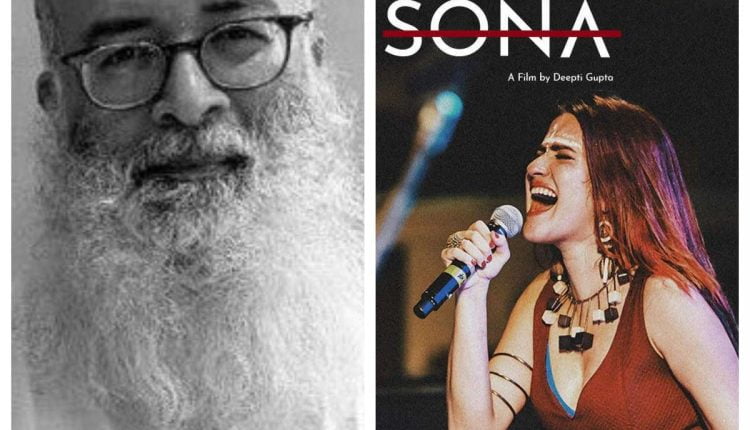 Mumbai: Odisha-born singer Sona Mohapatra could not make it to the 67th National Film Awards ceremony in New Delhi, but she cheered loud enough for editor Arjun Gourisaria and her docufilm ‘Shut Up Sona’ to be heard.

The national-award-winning documentary, directed by Deepti Gupta, follows the singer for more than three years and her unrelenting fight as a female artist for equal space in the Indian entertainment industry. It captured the highs and lows, controversies and praises in Sona’s life.

My film #ShutUpSona won a national award & today is the award ceremony in the national capital, #Delhi . I won’t be there in person but thrilled to the moon & back that our rockstar editor @ArjunGourisaria is. Arjun, so so privileged to have you to make this journey with. ❣️?

“To make a feature-length, 90-mins narrative from 300 hours of footage shot over three years as I travelled length and breadth of India, was a gargantuan labour of love and Arjun Gowrisariya is one of a kind with his deep love for the music of India and for my voice- as a performing artist and feminist,” Sona had told News18.

In a tweet last year, the singer had said that she had spent all her savings in producing the docufilm. She had described it as a love letter to India, and ‘possibly greatest achievement’ as an independent artist and woman seeking to express herself.

“I am just the medium in the film, it’s a universal story told from the eyes of a female artist,” she told the Hindustan Times. “What made me want to produce this film? Well, I don’t think anybody else would have to start with, on a lighter note,” she joked.

Besides singing, Sona is known for her strong and opinionated voice. Sona has been one of the most outspoken voices in India’s #MeToo movement.

“Let me tell you, there’s a ‘Please Sing Sona’ sequel that’s happening,” she told The Hindu in an interview.

Sona’s credits include popular songs such as “Ambarsariya” and “Bedardi Raja” from the hit comedies Fukrey and Delhi Belly, respectively.