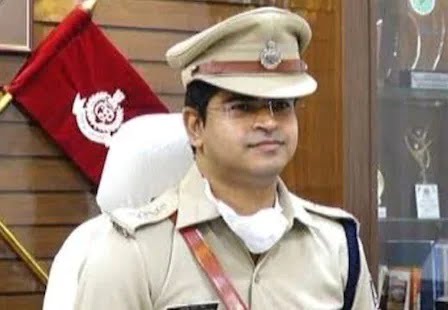 Balasore: The aggressive stance taken by Balasore SP Sudhanshu Sekhar Mishra towards the media has been vehemently protested by journalists and senior citizens of the district.

In a letter on September 29, the SP has directed city DSP, SDPOs, IICs and OICs of all police stations not to pass any information or give byte to any media person for any reason without his prior permission.

Condemning the directive of the SP, the journalists’ associations, civil societies, lawyers and senior citizens have demanded immediate withdrawal of this order.

The journalists’ associations have decided to take up the matter with the IG, Eastern Range.

Reacting to the directive of the SP, senior lawyer Bijay Rout said the people of Balasore come to know about the daily incidents in the district through media.

“Journalists cover the ground reports on major incidents while the police with the help of media trace the whereabouts of accused and take action against them. But the directive issued by the SP to his subordinates is a clear indication that the district police are trying to keep themselves aloof from the people. The IG, Eastern Range has to take this matter seriously,” Rout added.

While the intention of the SP behind issuing the directive is not yet known, sources said the former may have taken the decision after he was exposed by the media in Chandipur incident. On September 22 night, the vehicle which the SP was driving in the prohibited area of DRDO in Chandipur beach near the Integrated Test Range (ITR) got stuck in the sand by the tidal surge and this was flashed in media.