‘After Me, The Deluge’: The Congress & The Fine Art Of Self-Destruction 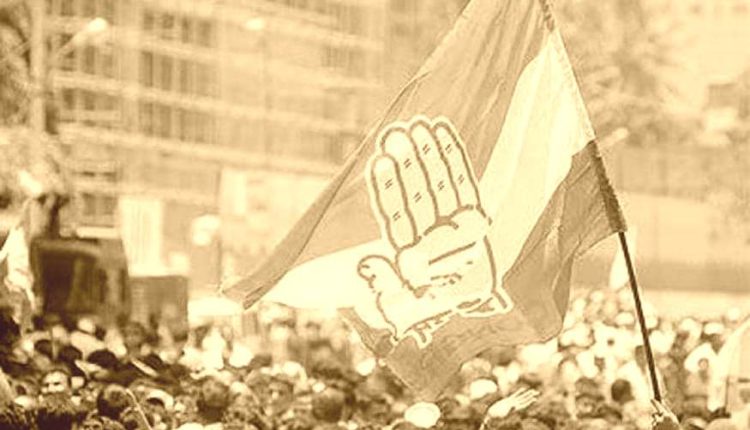 “After me, the deluge.” Madame de Pompadour, the profligate mistress of French monarch Louis XV, is supposed to have said in casual indifference to the suffering of people due to the financially draining and otherwise pointless engagements of the monarchy. Louis XVI had to face the consequence of the misdeeds of his predecessor. The French Revolution overthrew the monarchy and he was guillotined by an angry mob. The expression, in later day interpretation, came to denote an attitude. In simple words it could be explained thus: let the world go to hell after us, let’s live for today.

The attitude has been the defining trait of the Congress leadership for a long time now. By all indications, the leadership — it is unclear even to seasoned observers whether it is a person, a family, a dynasty or a bunch of cunning and scheming genarians — is bent on not allowing the generational shift to happen. It appears programmed to self-destruct after the passage of the current generation of senior leaders. It doesn’t come as a shock though. If you are a student of history and followed the decline and fall of powerful dynasties and once formidable organisations, you know the Congress’ case follows the copybook. Closer in time is the case of the downfall of the Left in India, where assorted parties of similar ideological belief refused to allow a new generation of leaders with fresh ideas to take command and carry their legacy forward.

Madame de Pompadour or Marie Antoinette during Louis XVI — of the ‘Let them eat cake’ notoriety — may have become popular hate figures and enduring symbols of arrogance through probable motivated re-telling of the true story, but they certainly were not singularly responsible for damaging the cause of the monarchy. The rot had already gone deep over time and the collapse was imminent. It only needed a push. The blame of letting it go beyond managing lay squarely on the royal leadership. Similar is the case with India’s Grand Old Party. The present state of the Congress is not of recent making. Decay had set in decades ago, and complacent with continuance in power, the leadership just refused to take note. The strongest warning signal came 2014, but the response from the leadership was typical of all ineffectual and clueless leadership: be in denial and adopt an ostrich-like approach.

In hindsight, the inaction looks in sync with the ‘after me, the deluge’ kind of mentality. For a party full of seasoned politicians, it would not have been difficult to grasp the reason behind the series of electoral upsets, and the general pathetic state of the organisation across states and the national level. If the survival instinct were strong then corrective action such as spelling out the party’s ideology with clarity, reconnecting with the masses, revitalising frontal organisations and building bridges with several alienated constituencies should have followed quickly.

A brief bout of seriousness saw the party winning Punjab, Rajasthan, Madhya Pradesh and Chhattisgarh. But soon, there was a relapse to the old ways. The old guard, supposedly close to Sonia Gandhi, decided to dig in and not cede any space to younger leaders. The developments in Madhya Pradesh made it clear that they would sacrifice a government rather than allow young blood to flourish in the party. Now, there’s a similar crisis looming in Rajashthan. Whether the old guard is redundant or the young guard is fully prepared to take over is not the central point here, the core question is the role of the leadership. Does it want the party die a slow, natural death? How come it is happy to let the party be a chaotic, confused and rudderless entity?

A political party is more than an old age home; it has certain obligations to fulfil. Whether in opposition or in power, it has to be in constant touch with the masses, voicing matters that are important to them. It has to be among people all the time through a robust cadre, reading their pulse, communicating and strategising ways to win them over besides keeping a watch on the moves of the government. It is a serious responsibility vested in it in all democracies. To be relevant, it needs to have ideas of its own, an agenda for the future, a plan of action and intent to stay in the game all the time. In short, a political party just can’t be in a perennial state of purposelessness with uncertainty hanging over its future.

After us what? The crucial question has never been addressed by a generation of Congress leaders minding the party’s affairs. It should have been done after 2014. After the debacle of 2019, the need for introspection had become more urgent. It never happened. That the party cannot even find a president to head the organisation is testimony to its sorry state. What’s worse is it keeps hogging national limelight only for negative reasons. If it has a positive agenda as an organisation, it is hardly in sight.

The ‘After me, the deluge’ approach may spell the end of the party.