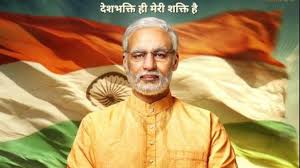 Bhubaneswar: The Narendra Modi magic has worked in the general elections and now it is time to take the Friday test.

PM Narendra Modi, the biopic based on the life of Prime Minister Narendra Modi, released countrywide on Friday, a day after the general election results declared on Thursday.

The movie was set to hit theatres on April 11 but a day before its release the Election Commission of India (ECI) banned it owing to the elections.

The film, in which Vivek Oberoi plays Narendra Modi, is directed by Omung Kumar. Suresh Oberoi, Sandeep S Singh and Anand Pandit have produced the movie.

Actor Manoj Joshi will be seen as Amit Shah in the movie.

The 136-minute movie has six songs. Music has been provided by Shasi-Khusi, Hitesh Modak and AR Rehman.

The movie will be released in 23 languages.

A web show produced by Eros Now, Modi- Journey Of A Common Man, is also streaming on the video platform again. It too had been banned by the ECI till the end of elections, to ensure free and fair polling under the Model Code of Conduct.