After Rajkummar & Patralekhaa’s Fairytale Engagement, Know What The Bride Will Wear On Wedding 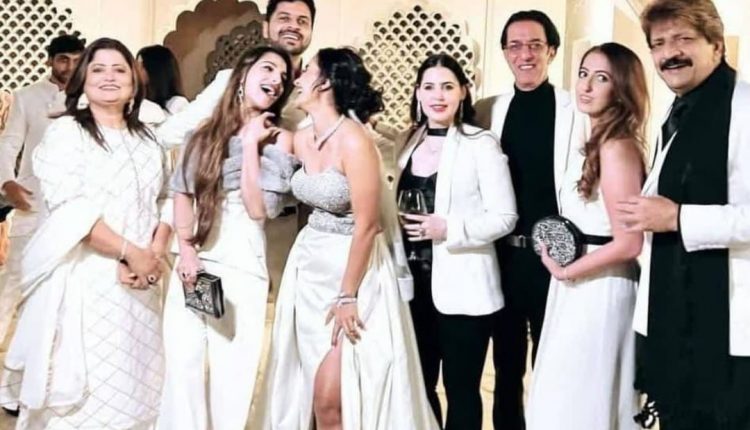 While Rajkummar looked dapper in a white kurta-churidar teamed with a jacket and sports shoes, Patralekhaa glowed in an ivory and silver off-shoulder gown with a little train. She wore a statement snake-pattern diamond neckpiece.

The engagement, which was a low-key affair with only family members, reportedly took place at The Oberoi Sukhvilas Spa Resort, New Chandigarh.

Filmmaker-choreographer Farah Khan and actors Huma Qureshi and her brother Saqib Saleem were a part of the celebrations.

Saqib Saleem shared a couple of pictures featuring sister Huma Qureshi and wrote: “Who has a caption for both these pictures?”

Apart from the pheras, she has picked up a few lehengas and a silk dupatta from the designer for the other rituals. “Patralekhaa’s brief to Sabya was elegant but minimalistic. She didn’t want something that was very heavy to walk in and wanted to feel comfortable as well,” her friend was quoted as saying by IndiaToday.

Rajkummar and Patralekhaa, who are set to marry this month, have been dating for over eight years. They co-starred in ‘Citylights’ and the web show ‘Bose: Dead/Alive’.

Also Read: [Watch] Rajkummar Goes Down On One Knee: ‘Patralekhaa, Will You Marry Me?”