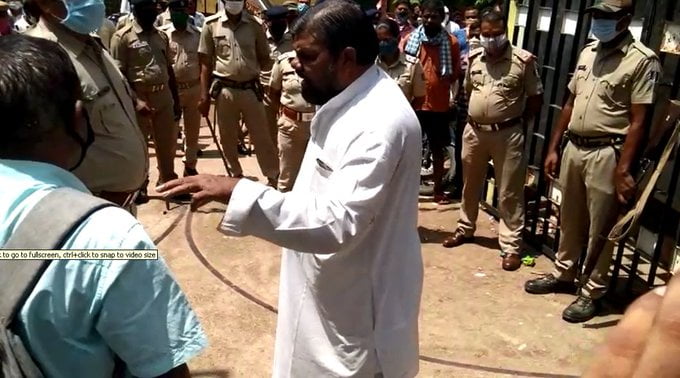 Balangir: The agitating contractual staff of Bharat Sanchar Nigam Limited (BSNL) in Odisha’s Balangir district got engaged in a scuffle with the police on Saturday.

According to reports, members of contractual staff have been staging a dharna for 10 days in front of the office, demanding 10-month pending salary.

They locked the main gate and denied entry to the officials. When police personnel reached the spot on Saturday, they tried to break open the lock.

As the agitators tried to restrain the police, there was a heated exchange which was followed by a scuffle.

Senior BSNL officials rushed to the office and tried to pacify the agitators. Talks are on till reports last came in.

The BSNL network in Odisha has been severely hit due to the agitation by contractual employees.