Ahead Of CAB, BJP Makes Concessions To Humour BJD 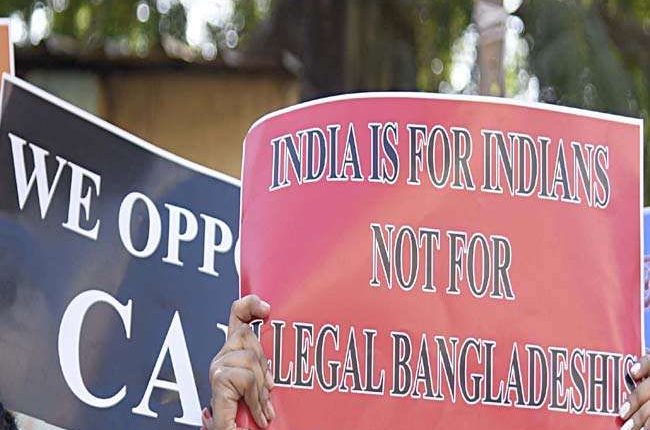 Bhubaneswar: The ruling BJP appears to be humouring Naveen Patnaik-led BJD ahead of the introduction of the Citizen (Amendment) Bill (CAB) in the Lok Sabha on Monday.

After withdrawing its candidate against the regional party in the election to the managing committee of AIIMS-Bhubaneswar, Union Minister Dharmendra Pradhan was seen praising Naveen at a function on Sunday.

Speaking at the valedictory ceremony of the platinum jubilee celebrations at the Utkal University, Dharmendra addressed Naveen as ‘popular Chief Minister’. This stance of the Union Minister, the BJP’s face in Odisha, came as a surprise for political observers. Sources, however, said that he was only returning the compliment from the Chief Minister, who had praised his efforts for taking over the construction of the Paika Vidroh Memorial, the same day.

One Rajya Sabha MP can be part of the statutory body of AIIMS, Bhubaneswar, for which BJP’s Ashwini Vaishnav and BJD’s Amar Patnaik have filed nominations. Not to antagonise the BJD, which had emerged as a dependable national ally, the BJP reportedly did not press for the contest allowing Patnaik to win it unopposed.

According to sources, the regional party is likely to issue a whip to its MPs to support the Bill in the both the Houses of Parliament.

While the BJP is in a comfortable position in the Lok Sabha, it will need the support of other political parties, including the BJD, to pass the Bill in Rajya Sabha.

The BJD, however, had earlier expressed reservations about the CAB, which aims to provide citizenship to non-Muslim refugees from Pakistan, Afghanistan, and Bangladesh. BJD MP Barthruhari Mahtab had also submitted a dissent note when a Joint Committee of Parliament scrutinised the Bill, which lapsed at the dissolution of the previous Lok Sabha.

“My only dissent is against the part relating to Assam,” the MP from Cuttack had said, adding that the Bill went against the provisions of the 1985 accord and Section 6A.

“They could have done away with Bangladesh because there is already the register,” he said, referring to the National Register of Citizens. Though he along with another member of the committee had moved an amendment asking that Bangladesh be left out of the Bill, it was rejected.

Odisha Govt To Link Aadhaar With All Welfare Schemes