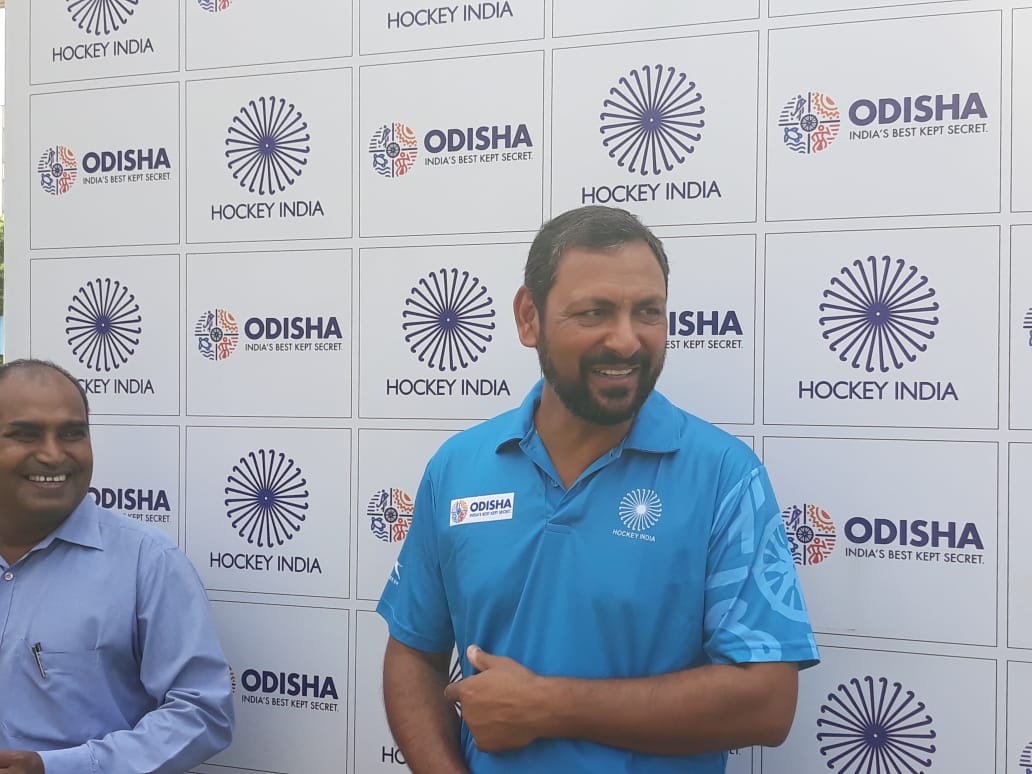 Bhubaneswar: With the Odisha Hockey Men’ World Cup scheduled to begin at Kalinga Stadium here on Wednesday with India taking on South Africa in the evening, the Team India coach Herendra Singh sought the blessings of Lord Siva at Lingaraj Temple for his team’s success.

Singh went to Lingaraj Temple in the morning and had darshan of  the Lord.

“I am sure that Lord Siva will bless my team to the repeat the 1975 performance when it had won the World Cup title,” Singh told the media after coming out of the temple.

He said the Indian team wants positive results by playing  fast and attacking game. “Going by the body language of the players, I am sure that their energy level is very high,” he pointed out.

Singh further said that he had advised the players to take one match at a time and not take unnecessary pressure by thinking about the final match. “Our main focus is to remain on the top of the table in the knock-outs, to be able to make it directly to the quarter-final,” he said.

Asked about the performance of two Odisha hockey stars Birendra Lakra and Amit Rohidas, he said it is their home ground. “As people will turn up in large numbers to witness the matches involving India, these two players will definitely give their best before the home crowd. I am confident that contribution of the two players of Odisha will be immense in this World Cup event,” Singh maintained.

As scheduled, two matches will be played today in two sessions. In the first session, Belgium will play against Canada at 5 pm while the hosts will take on South Africa at 7 pm.

Three Arrested For Burglary In Sambalpur