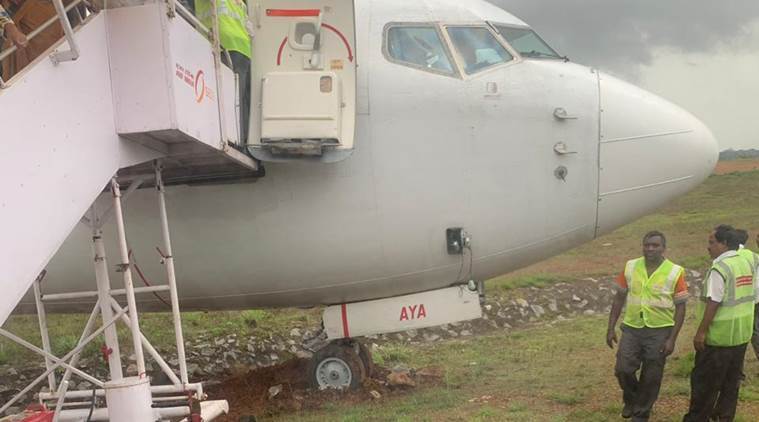 An Air India Express flight from Dubai with 189 people on board veered off the taxiway after landing in Mangalore on Sunday evening, various agencies reported.

The Boeing 737’s nose got stuck in kutcha ground, but passengers safely disembarked from the aircraft. The airline has ordered a probe and informed the Directorate General of Civil Aviation (DGCA).

The aircraft did a go-around while coming in first to land. “That was weather-related due to very heavy rain. The crew decided to go around when about 1,000 feet from ground. They landed safely in the second approach. The plane did not overshoot the runway. It overshot while vacating the runway to enter a taxiway to the right,” said an official.

Operations at Mangalore airport were affected for some time after the incident.

In May 2010, an Air India Express flight from Dubai overshot the table top runway at Mangalore after landing and crashed into a gorge, killing 158 people.