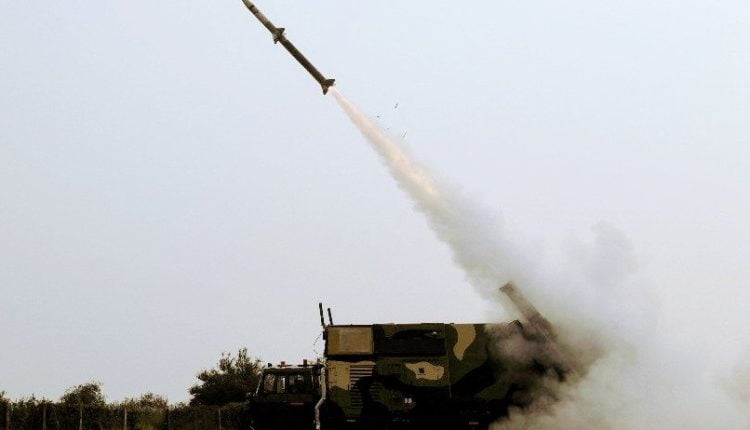 The medium-range Akash-NG (new-generation) missile, developed by the Defence Research and Development Organisation (DRDO), has a target range of 70 km. The flawless performance of the entire weapon system has been confirmed by complete flight data.

The nuclear capable missile can carry warhead weighing 60 kg. It was test-fired for the first time in January and second time in March.

The missile will be used by the Indian Air Force to intercept high-manoeuvring low radar cross-section aerial threats.

In another development, the DRDO successfully flight-tested indigenously developed low weight, fire and forget Man Portable Antitank Guided Missile (MPATGM) from a man portable launcher integrated with thermal site and the target was mimicking a tank.

The missile hit the target in direct attack mode and destroyed it with precision. The test has validated the minimum range successfully. All the mission objectives were met, according to DRDO.

COVID Positive: Athlete Pulls Out Of Olympics After Reaching Tokyo; Will More Follow?