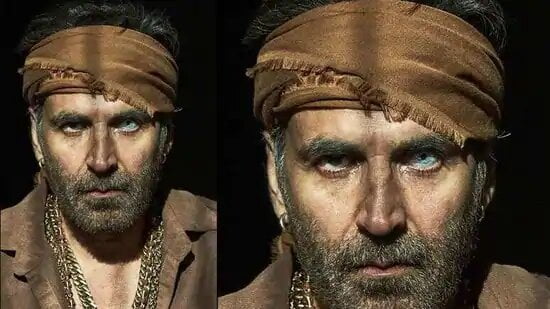 Mumbai: Akshay Kumar on Saturday announced the release date of his next, ‘Bachchan Pandey’ with a new still. The film will hit the theatres on January 26, next year, Hindustan Times (HT) reported.

Sharing a closeup still of himself on Twitter, Akshay wrote, “His one look is enough! #BachchanPandey releasing on 26th January, 2022!” Akshay looks suitably menacing with one blue eye, sporting a few heavy metal chains around his neck and earrings.

He and the other co-stars, Kriti Sanon and Jacqueline Fernandez are currently in Jaisalmer shooting for the film.

The film is directed by Farhad Samji, and will reportedly be shot in places like Gadisar Lake in Rajasthan. Akshay’s plays a gangster who aspires to be an actor, while Kriti Sanon essays the role of a journalist, who harbours dreams of becoming a film director.