Akshay Kumar Thanks Sudarsan Pattnaik For Sand Sculpture On Birthday 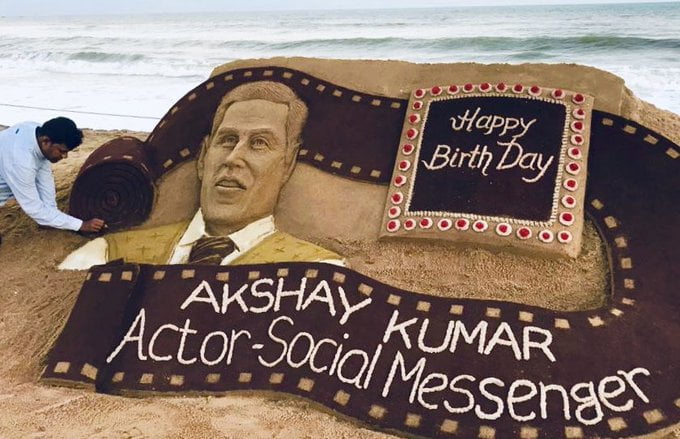 Bhubaneswar: Wishes poured in from across the globe as Bollywood’s Mr Khiladi Akshay Kumar turned 52 on Monday. One wish that caught the actor’s eye was a beautiful sand sculpture by Odisha’s Sudarsan Pattnaik on the Puri sea beach.

Akshay exclaimed: This is lovely, in his response to the tweet with the sand art posted by Sudarsan.

This is lovely! thank you https://t.co/a2H2pZbKaQ

Besides wishing him a long life, the artist wrote: “Creative social messages inspires all of us.”

The actor with staggering fan-base was flooded with messages on social media with many praising him for his versatility, his choice of films and charming personality.

On the occasion, Akshay also announced his next film ‘Prithviraj’, which will hit the screens on Diwali 2020.

Yet Another Teaser From OnePlus

Lander Can Generate Power With The Right Orientation: ISRO Official