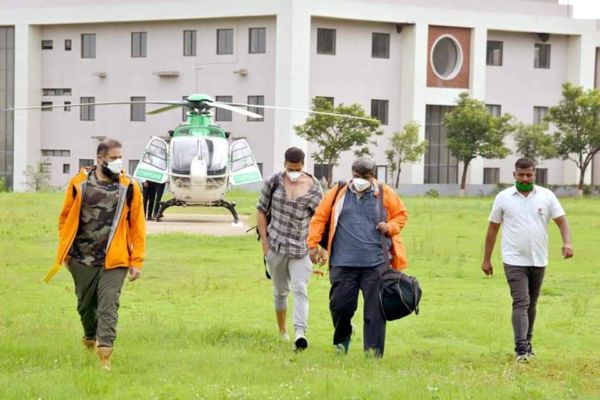 Mumbai: Bollywood actor Akshay Kumar has stirred up a controversy by travelling to Nashik in a chopper amid lockdown.

According to reports, the actor was invited by a martial arts school named Martial Arts Academy in Nashik for their inauguration function.

But, the actor’s visit to Nashik in a helicopter raised eyebrows as such tours are prohibited during the lockdown because of the ongoing pandemic.

In addition to this, Akshay also violated the lockdown rules by putting up at a local hotel in Nashik.

Following the controversy, food and civil supplies minister and guardian minister of the district Chhagan Bhujbal ordered a probe into the matter.

“How did Akshay Kumar take a private tour in Nashik district by helicopter, while during corona period, from minister to other VIPs, everyone is travelling by trains? In such a situation, who gave permission to Akshay Kumar?” question Chhagan Bhujbal.

Sushant Singh Rajput Was Getting Threat Calls Before Demise?