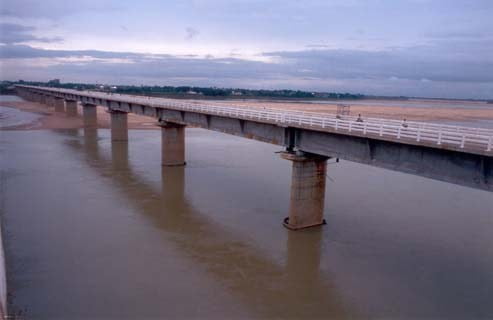 Cuttack: Police on Sunday saved a woman from reportedly attempting to commit suicide by jumping into Kathajodi river.

According to sources, the woman belonging to Imampada area was found moving on Belview bridge at around 10.30 am. Suspecting something wrong, some commuters alerted Lalbag police station. A PCR van rushed to the spot and took the woman away from the place.

A police official said the woman was married for six years and it appears that there was some disturbance in her house. “After rescuing her, we counselled her and later handed her over to the family,” he said.