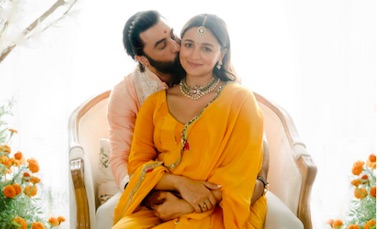 Earlier this year in April, they tied the knot at their Mumbai residence, Vastu in Bandra, after being in a relationship for around five years. The marriage which was attended by close friends and relatives was an intimate affair. Two months later in June 2022, Alia took everyone by surprise by announcing her pregnancy on Instagram. She posted a photo from a hospital where she was seen lying on a bed with Ranbir watching the sonography scan.  Alongside it, the actress wrote, “Our baby… coming soon…”

Media reports had earlier mentioned that she is expected to deliver her baby by November end or December first week. Alia’s father-in-law, Rishi Kapoor, was also admitted to the same hospital after his condition worsened.

While Ranbir starred in Brahmastra and Shamshera, Alia had several releases, including Gangubai Kathiawadi, RRR, Darlings and Brahmastra, this year. Her upcoming ventures include Rocky Aur Rani Ki Prem Kahaani and Heart of Stone.