All GPs In Odisha To Have Telemetric Rain Gauge: CM Naveen Patnaik 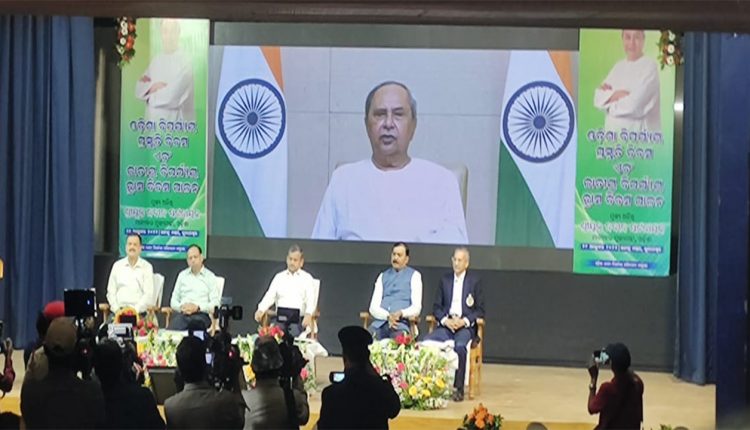 These steps, to be taken for better impact-based forecasting, will be of immense help in getting precise real-time information and ensuring more effective management of disasters, the Chief Minister said.

Speaking virtually at a function on the occasion of Odisha Disaster Preparedness Day and National Day for Disaster Reduction, Naveen said on this day, we remember the valuable human lives lost in Super Cyclone 1999. “This is a day of contemplation of the current situation and making resolve for the future,” he said.

“During 23 years since the Super Cyclone, we have done everything possible to make Odisha a safer place during disasters. Odisha today has the most robust infrastructure for disaster management. The world has recognised our efforts in all these years. I thank my 4.5 crore brothers and sisters for their support and solidarity in building a disaster resilient Odisha,” the Chief Minister said.

Noting that the state faced floods in the Mahanadi, Baitarani and Subarnarekha river systems in 2022, affecting more than 23 lakh people in 16 districts, Naveen said due to robust preparedness and coordinated efforts, we evacuated nearly 2.7 lakh people to safer places and took up timely relief and restoration measures.

Stating that Odisha’s geographic location makes it prone to natural disasters, he said nearly 10,000 people died in Super Cyclone 1999. “Then, we did not have safe shelters. During these years, 815 multi-purpose cyclone and flood shelters have been constructed. 55 new shelters are under construction out of Chief Ministers’ Relief Fund,” Naveen said.

“To strengthen community driven preparedness, we are training more than 40,000 volunteers at village and shelter level,” he said.

Besides, Disaster and Pandemic Management is being introduced in the educational curricula of students from standard 4 to Graduation level with a view to preparing ‘Disaster Management Yodhas’ in every village and households, Naveen added.