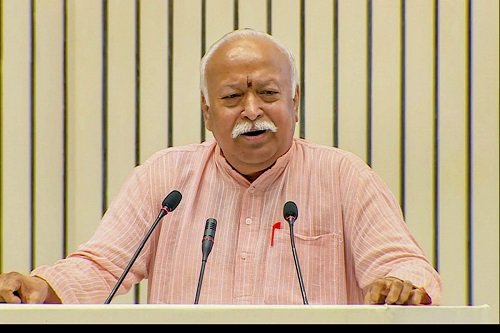 New Delhi: Rashtriya Swayamsevak Sangh (RSS) chief Mohan Bhagwat said that all Indians are descendants of Hindu ancestors and no one is a foreigner in India.

“The British had tried to divide the country by fanning separatist sentiment among the Muslim community. I appeal to all to live with unity and contribute to the development of the country,” Bhagwat said at a book launch event at the Constitution Club here on Sunday.

According to an IANS report, Bhagwat appealed to the Indians to not forget the glorious history and traditions of India and lamented that they had forgotten their rich and glorious traditions even before India was invaded.