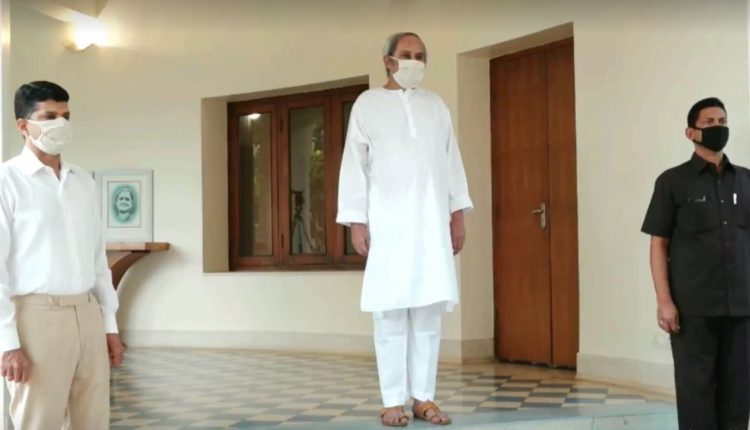 Bhubaneswar: On the call of Chief Minister Naveen Patnaik, Odias around the world joined in singing ‘Bande Utkal Janani’ as a mark of tribute to COVID-10 warriors on Saturday.

The Chief Minister led the programme from his residence Naven Niwas as all members of Odisha Assembly, staff of Lok Seva Bhawan and policemen at the Police Seva Bhawan in Bhubaneswar, and employees in the State Police Headquarters in Cuttack stood up and sang in unison at the stroke of 5.30 pm.

Union ministers and MPs from the state also participated while offices of private companies and corporate houses reverberated with the chorus singing of the song.

Besides, students of educational institutions across the state participated to encourage the doctors, health staff and policemen who have been relentlessly fighting from the front to contain the spread of coronavirus in the state.

Apart from Odisha, there were reports of the song being sung by individuals as well as groups in colonies, clubs and associations across the country. Several non-resident Odias also participated in the programme in outside countries.