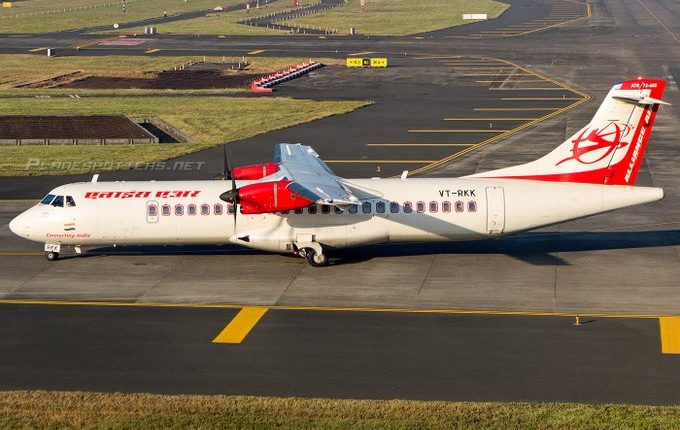 Rourkela: Alliance Air has assured Steel City denizens to consider their demand for a change in the timing of its fight from Rourkela to Bhubaneswar to allow them to fly back the same day after finishing work in Odisha capital.

The airline started commercial operations between the two cities, the co-hosts of FIH Men’s Hockey World Cup 2023, on January 12 and the flight leaves Rourkela at 4.15 pm and lands at Biju Patnaik International Airport, Bhubaneswar, at 5.10 pm.

A delegation of the Rourkela Chamber of Commerce & Industry (RCCI) led by its president Subrata Patnaik placed the demand before Alliance Air CEO Vineet Sood, who visited the Steel City on Saturday. They also requested him to start flight operations between Rourkela and Kolkata.

“The ATR-72 aircraft now operates from Kolkata to Jharsuguda and then to Bhubaneswar and Rourkela. For the morning flight schedule at Rourkela, the entire routing has to be changed and Alliance Air would consider it,” Sood said.

He, however, said that since Selected Airline Operator (SAO) has been chosen under the RCS-UDAN for the Rourkela-Kolkata route, Alliance Air cannot operate on it.

Sood added that Rourkela Steel Plant (RSP), which manages the airport, would be requested to equip the facility with Instrumental Landing System to enable landing at night in low visibility and adverse weather conditions.

[Watch] To Consume Sugar Or Not? If Yes, How Much? Let An Expert Tell You

Nepal Plane With 72 On Board Crashes On Runway, Several Feared Dead