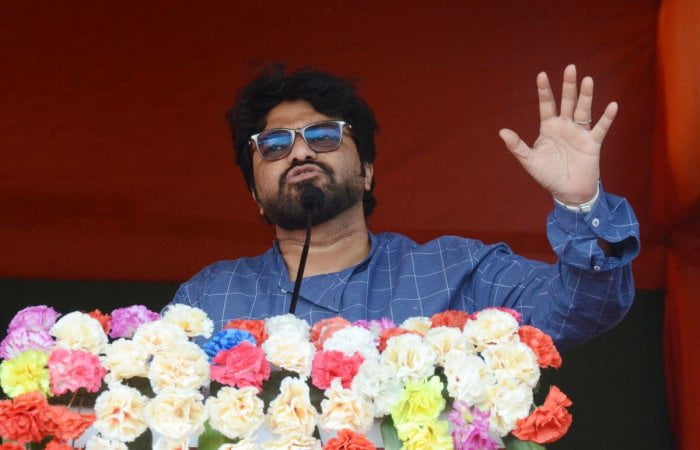 Kolkata: Two days after announcing that he is stepping down from politics, BJP MP Babul Supriyo on Monday said that he would continue to work constitutionally in Asansol, West Bengal from here is an MP.

“I will continue to work constitutionally as an MP in Asansol. Politics is beyond the constitutional post and I withdraw myself from it. I will not join any other party. I will vacate the MP bungalow in Delhi and release security personnel from their duties soon,” Supriyo told ANI.

His statement came after he held a meeting with BJP president JP Nadda.

Supriyo was a minister in the Modi government but was dropped in the reshuffle in July. The MP said that he won’t join any political party and TMC, Congress, CPI(M) had not called him.

“Goodbye. I’m not going to any political party. TMC, Congress, CPI(M) nobody has called me, I’m not going anywhere…One need not be in politics to do social work,” he had said. He, however, later edited his post and these lines were no longer there in the updated post