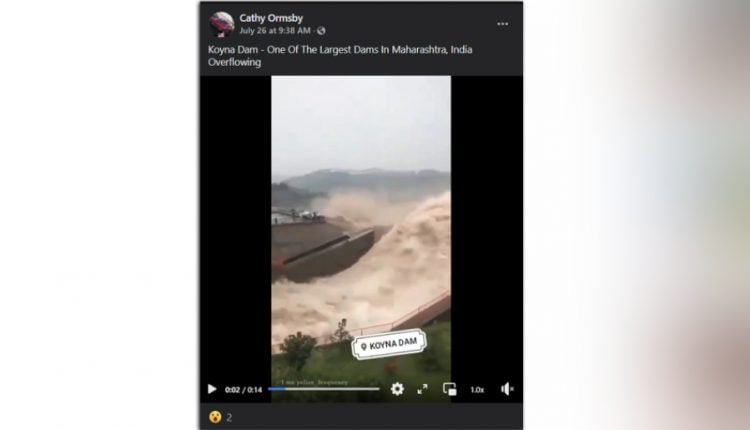 Mumbai: Heavy flooding in western parts of the country has led to the deaths of more than 200 people in Maharashtra. A video showing floodwaters spewing from what is supposedly Konya Dam is doing rounds on social media.

However, the video is not that of Konya Dam but of Xiaolangdi Dam of China.

The same video was shared in 2018. The Xiaolangdi Dam is built on the Yellow River in Jiyuan city of the Henan Province in China.

It is also true that water has been released from Maharashtra’s Konya dam due to heavy rainfall. But the video shared is incorrect.