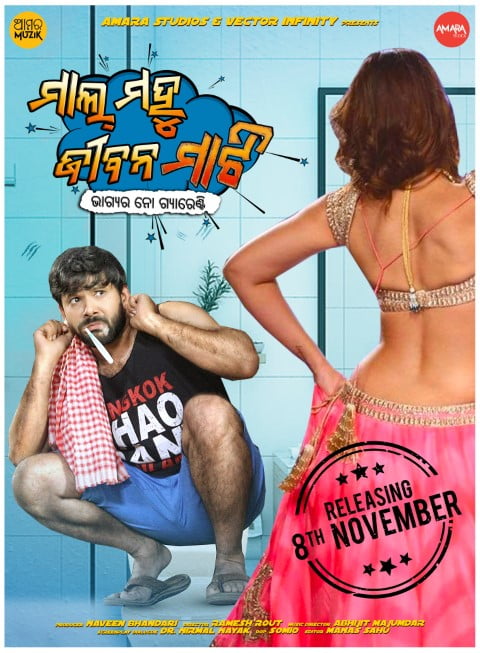 It has been produced by Naveen Bhandari and directed by Ramesh Rout.

The audience will watch Sabyasachi Mishra and Elina Samantary in lead roles.

“It is our first production in Odisha and the love we have received from the audience is really encouraging. We are here to bring a new wave with each of our films, and Mal Mahu Jiban Mati is just the start of it. We can’t wait for the audience to enjoy this laughter-riot,” said Amara Muzik MD Naveen Bhandari.

“It is a very special project to me and I am glad to have been part of this film with some of the industry’s finest artists and crew members. I thank the audience for showering us with great love even before the release of the movie and it is just a couple of more weeks before which they will be able to go to their nearest theatre to watch it,” said actor Sabyasachi Mishra.