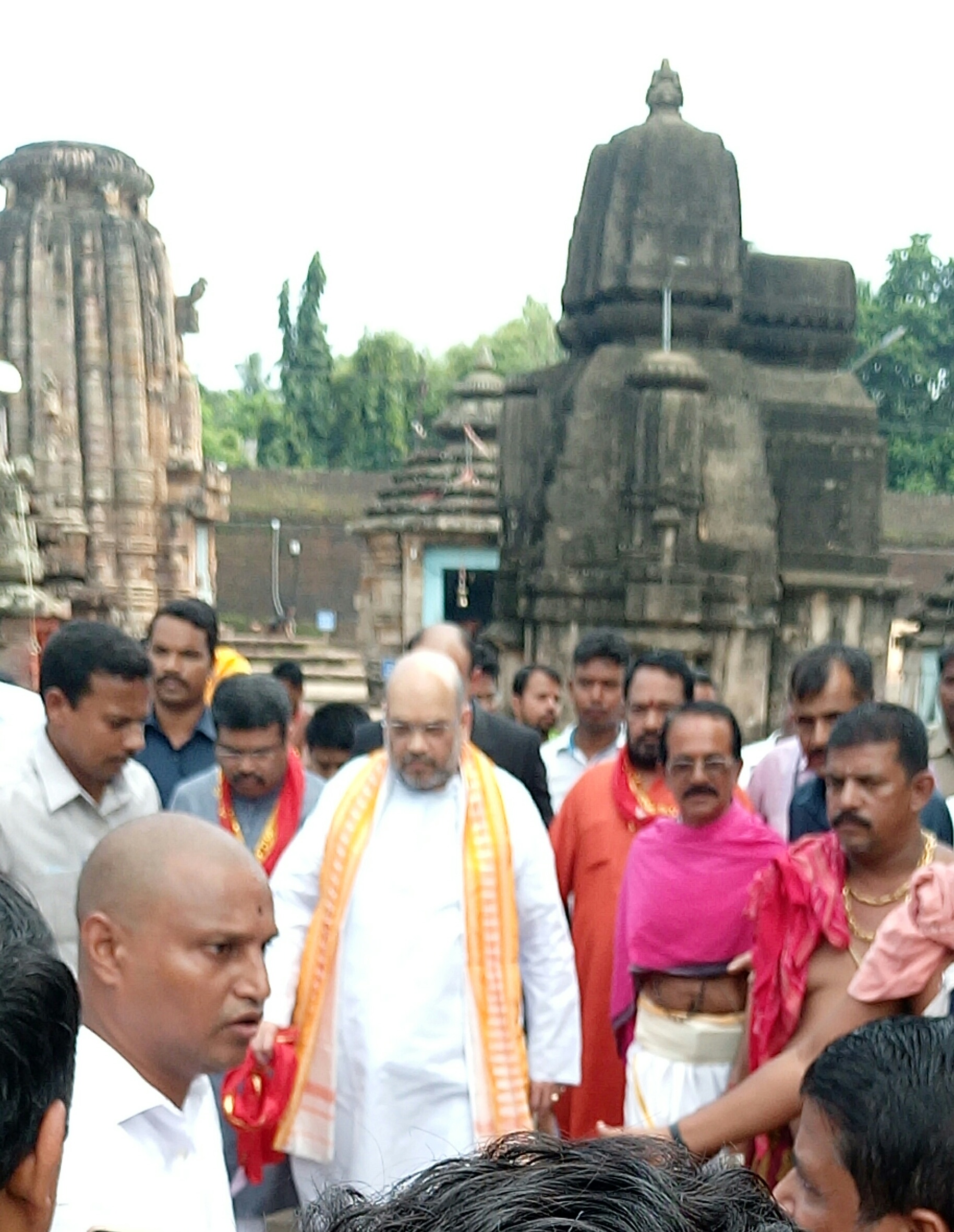 Bhubaneswar: BJP president Amit Shah visited Lord Lingaraj Temple here on Thursday and paid obeisance to the deity amid tight security arrangements in and around the shrine.

During his visit to the 11th century shrine, Shah held discussions with the servitors regarding problems faced by them. Some of the issues raised by the servitors include deployment of an IAS officer to ensure proper management of security and cleanliness at the shrine.

The BJP chief is scheduled to hold press conference later in the day at Hotel New Marrion here.