Amitabh Bachchan Apologises To KBC Contestant For Being ‘Rude’ To SRK 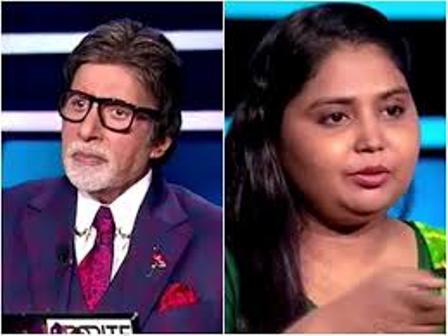 Mumbai: Fans turn actors into stars. If it weren’t for them, the fun of being an artist wouldn’t give much joy. Who knows this better than Shah Rukh Khan. On the latest episode of Amitabh Bachchan’s Kaun Banega Crorepati (KBC), this SRK fan even got Big B to apologize to her.

Delhi’s 27-year-old Rekha Rani, while answering a question related to the Bollywood Badshah, confessed to the senior Bachchan that as a child she disliked him.

And then Big B in his inimitable style hilariously apologized to her. He also mentioned that he will also issue an apology to Shah Rukh Khan.

The chatty contestant will continue the game in Wednesday’s episode.

Also Read: FIR Against Amitabh Bachchan, Makers Of KBC 12 For This Question

Kerala Withdraws Consent To CBI For Probes In State, Fifth To Do So