Amitabh Bachchan To Replace Rishi Kapoor In Remake Of ‘The Intern’ 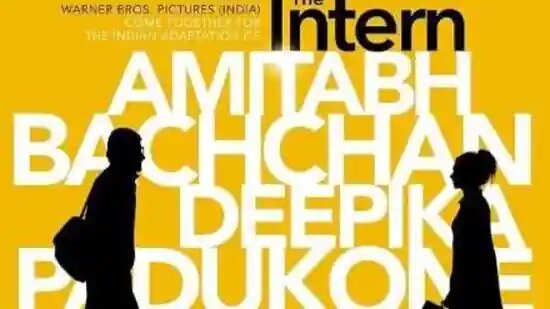 Mumbai: Amitabh Bachchan will now play the role that was supposed to be played by the late Rishi Kapoor in the remake of the Hollywood movie ‘The Intern’. Rishi Kapoor died last year after a two-year battle with cancer.

The announcement was made on Monday by Deepika Padukone who will be Bachchan’s co-star in the film. Sharing a poster for the film, a remake of the Hollywood hit by the same name, she wrote, “What an absolute honour to be collaborating with one of my most special co-star again!💛 Welcoming @amitabhbachchan to the Indian adaptation of #TheIntern.”

Amit Ravindernath Sharma, who also made ‘Badhaai Ho’ will make the film. “The Intern is an intimate, relationship-driven film, set in and around the workplace; a story that I believe is very relevant to the present-day social and cultural environment. I have been looking for a light, breezy comedy-drama and this story fits in seamlessly. I cannot wait to begin this journey,” Deepika had said in a statement last year.
amitabh bachchandeepika padukoneRavindernath Sharmarishi kapoorThe Intern
Share FacebookTwitterGoogle+ReddItWhatsAppPinterestEmail

Why Phone Cases Turn Yellow & Remedies To It

Amitabh Bachchan Feels Need To ‘Stop Or Disappear’; Find Out…