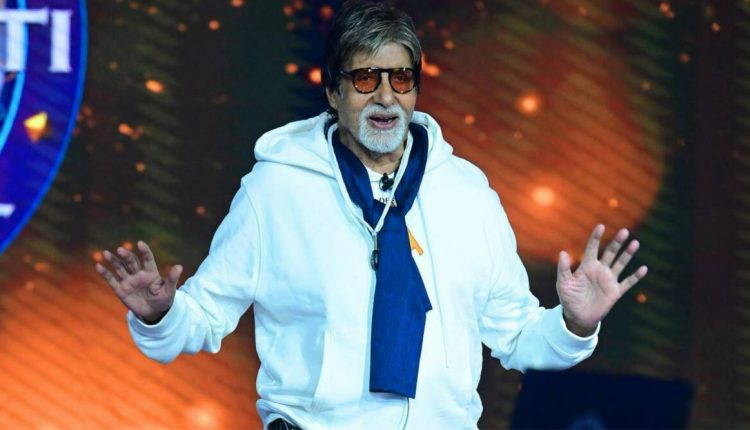 New Delhi: Amitabh Bachchan continues to work at the age of 80, with the same zeal, enthusiasm and discipline as did when he was the Angry Young Man.

Clearly, his fan following has only grown over the years despite his age. But when a five-year-old recently asked him why he was still working at 80 and not chilling at home like his grandparents, the superstar was stumped. He had no answer!

Here’s what he shared:

“I was at work for the RBI campaign and in the scene was a little kid about 5 or 6 years of age .. in the middle of a rehearsal he turned to me and said .. ‘excuse me, how old are you ?’

he snapped back ‘ Oh! so why are you working? my grandparents are sitting at home and chilling .. you should do that also ..!!’

I did not have a reply for him…

Primarily because I was astonished at the precocious veracity of this 5 yr old!

And secondly, I did not have an answer !”

He added that instigated by the kid’s mother, he took a picture with him and even gave him an autograph before leaving. However, the conversation remained with him.

“The conversation remained with me, as do many matters in this digitally informative encyclopaedic world, and found its placing today .. this morning .. of retired work .. and screamed and waved and applauded the mountainous presence of the live audience at ‘YKW’ ..,” Big B added.

On Tuesday morning, he also uploaded a photo of himself on the Kaun Banega Crorepati 14 set. Dressed in casuals, the thespian is seen rehearsing his lines on the stage. He captioned the post, “पहन्ने को दे दिया पजामा, लगा साड़ी को फाड़ा , आगे छोटी जेब दे दी, औ’ पीछे लगा है नाड़ा ! (I was given pyjamas to wear, which looked like a torn saree. It has a small pocket in the front with the strings behind).” In the photo, Big B has donned a white sweatshirt and printed harem pants, with a scarf.