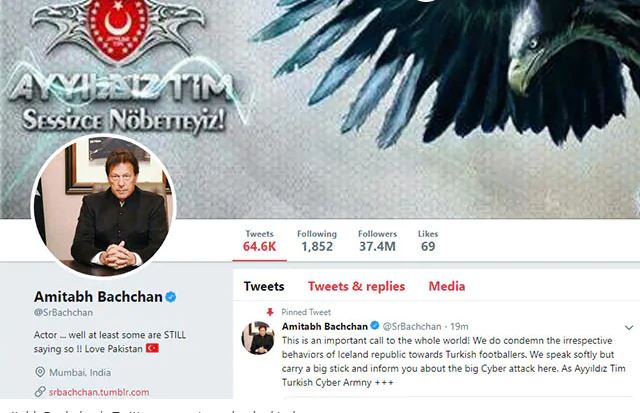 The hackers changed his profile photo to that of Pakistan Prime Minister Imran Khan and also his bio and cover photo. The bio read: “Actor … well at least some are STILL saying so !! Love Pakistan”.

They had also posted pro-Muslim tweets, tagging the Pakistan premier, while slamming India in one: “The Indian State, who mercilessly attacks the Muslims fasting in the month of Ramadan, is attacking the Ummah Muhammad in this age! Indian Muslims are entrusted to us by Abdulhamid.”

The pinned tweet posted by ‘Ayyldz Tim Turkish Cyber Armny’ read: “This is an important call to the whole world! We do condemn the irrespective behaviors of Iceland republic towards Turkish footballers. We speak softly but carry a big stick and inform you about the big Cyber attack here.”

Man Beheaded In Sleep In Sambalpur