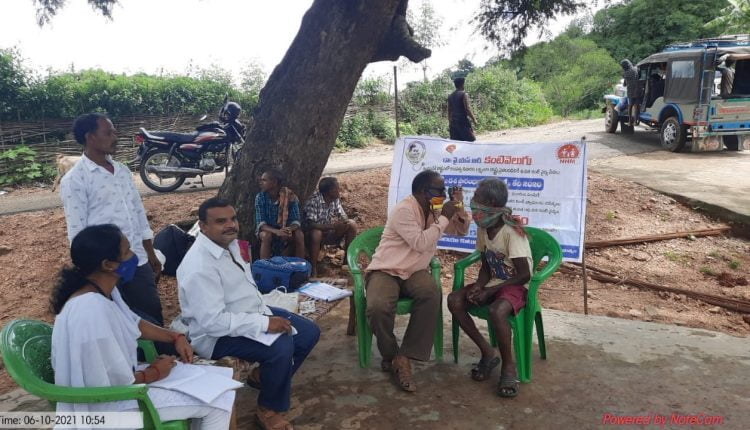 Koraput: Undeterred by repeated reminders by the Odisha government and the Supreme Court direction, the Andhra Pradesh government continued to trespass Kotia panchayat in the district.

The officials of the neighbouring state, headed by Dr Venugopal of Thonam PHC,  conducted eye tests of the villagers under the YSR Kanti Velugu scheme of their government.

Following the tests, the team drew up a list of villagers who need to undergo eye surgery and those who will require spectacles. The Andhra officials have targeted to perform the surgery on 15 villagers and distribute the spectacles among 18 people, sources said.

It may be noted that a team of veterinary doctors from Vizianagaram district of Andhra had carried out treatment of pets by moving from door to door in Talasembi, Uparasembi and Ganjeipadar villages under Kotia panchayat in August.

In order to thwart the repeated attempts of Andhra Pradesh to woo the people of Kotia, the Odisha government had installed signages in 21 villages under the panchayat before Independence Day.

Chitra Arumugam Lone Odisha IAS Officer To Get Addl Secy Rank In Central Govt; 3 Others Fail To Make The Cut