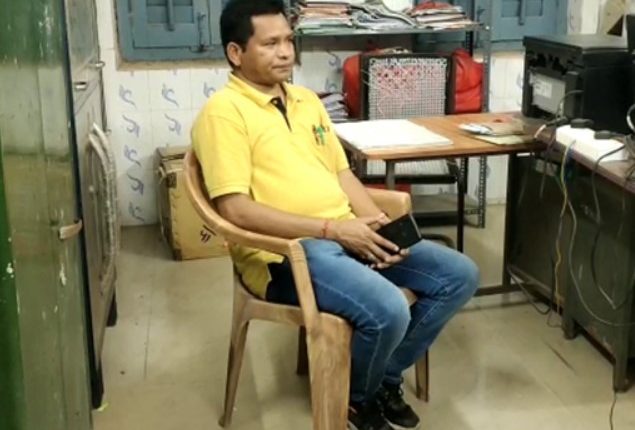 Deogarh: Another BJP leader of the state faced police complaint for allegedly assaulting a Block Development Officer (BDO) in the district on Saturday.

According to the complaint filed by Tileibani BDO Krushna Chandra Dalapati at Deogarh police station, while he had gone on inspection of a school in Dudihiana panchayat, he was informed that Deogarh MLA Subash Chandra Panigrahi would visit the former’s office.

As Dalapati had to conduct an inquiry at Bhaliagudi village under Chepilipalli panchayat regarding a case in the Orissa High Court, he informed the officials accompanying MLA that he would meet him after finishing the work.

While the BJP legislator was returning after visiting the BDO office, he met Dalapati near Bhaliagudi and attacked him. The MLA along with his associate Pratap Panda beat and kicked him, resulting in injuries on his face and body. Dalapati managed to escape due to intervention of his staff and the tehsildar, the BDO stated in his complaint.

On the other hand, Panigrahi has also registered a complaint with the police, alleging that the BDO misbehaved with him.

Deogarh SP Raj Kishore Paikray told the media persons that police have registered two cases on the basis of complaints filed by MLA and BDO and launched an investigation.

It may be noted that earlier this year, a woman activist of the BJP had filed a case at Jhirpani police station in Rourkela accusing the party MP Jual Oram of misbehaving and abusing her over the phone.