Another IIT Student Found Dead, This Time From Odisha 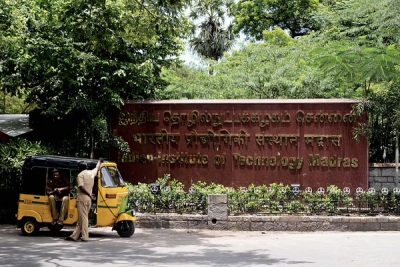 Chennai: A 21-year-old student from Odisha was found dead in the room of Tapti hostel of the Indian Institute of Technology (IIT), Madras, on Thursday evening.

The fourth-year student of aeronautical engineering has been identified as Subhranshu Sarkar.

According to Kotturpuram police, Subhranshu stayed all day in his room and there was no response when his friends knocked at his room in the evening. When the door was broken open, he was found dead in the room.

Police later seized the body and sent it to Royapettah Government hospital for postmortem.

IIT- Madras authorities told IANS that Subranshu’s parents were on their way to the college campus to retrieve the body.

Subhranshu was reportedly in a state of depression for the past couple of days, the news agency reported quoting his classmates. A batchmate of his from Kerala added that the institution has set a high standard for itself in academics and this has led to some students becoming mentally down.

This came close on the heels of the death by suicide of a 23-year-old student of IIT, Hyderabad, on September 7 at a lodge near the institute where he was staying. He was a native of Rajasthan. A second-year MTech student of the institute had also allegedly ended his life by hanging himself in his room on the campus on August 31.

All Cases To Be Marked To Attorney General To Prioritise His Court Appearance: Law Ministry