Another Low Pressure Over The Bay Around Oct 10; Know Weather For Next 5 Days 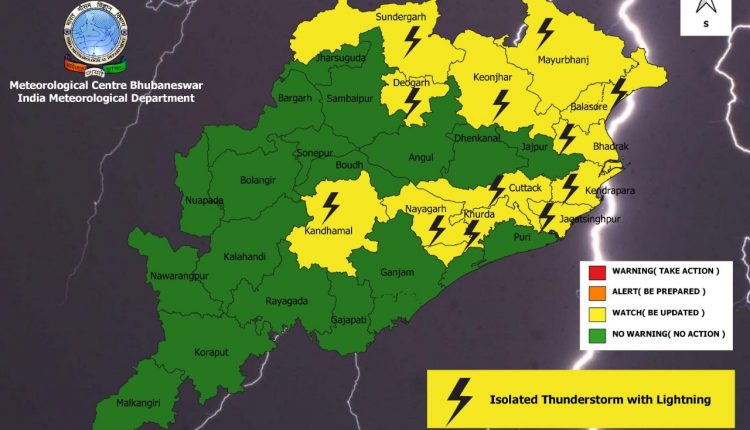 Bhubaneswar: Another low pressure area is very likely to form over north Andaman Sea around October 10. It is likely to become more marked and move west northwestwards towards south Odisha and  north coastal Andhra Pradesh coast during the subsequent 4 to 5 days, the India Meteorological Department stated in its mid-day bulletin on Wednesday.

In its forecast for the next five days the IMD has predicted rain and thunder till 8.30 am of October 7 and again from October 8-9 morning. The weather will remain mostly dry in the rest of the days of Oct 7 to 8 and  Oct 9-11.

Yellow warning of thunderstorm with lightning has been issued for 11 districts till 8.30 am of Oct 7. Such weather will prevail in Sundargarh, Deogarh, Mayurbhanj, Balasore, Bhadrak, Kendrapada, Jagatsinghpur, Cuttack, Khurda, Nayagarh, and Kandhamal, the IMD stated.

Similar weather will prevail over the districts of Koraput, Malkangiri, Nabarangpur, Kalahandi, Kandhamal, Gajapati, and Ganjam from October 8 to 9 morning.

Meanwhile, other models also predict low pressure formation over the North Andaman sea around October 10. It will further intensify into a cyclone and move towards Odisha, crossing the coast between Paradip and Gopalpur around October 14-15, according to a GFS model of Tropical Tidbits.