Another Night Trial Of Prithvi II Off Odisha Coast Successful 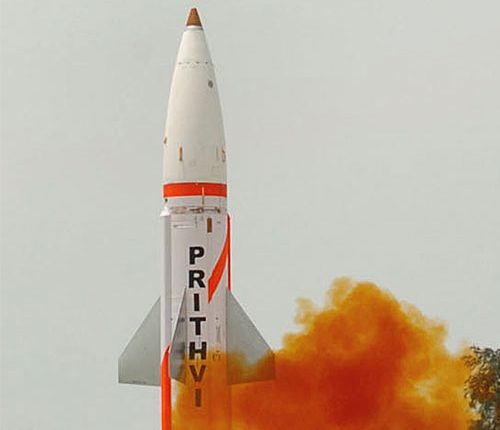 Balasore: India conducted another night trial of the Air Force version of its  indigenously developed nuclear capable Prithvi II missile from a defence test facility off Odisha coast on Tuesday.

The user trial for the armed forces was carried out from a mobile launcher of the Integrated Test Range (ITR) at Chandipur near here around 7.50 pm.

This was the third consecutive successful flight test of the surface-to-surface missile, which has a strike range of 350 kilometres, in the last 15 days. Two back-to-back trials of the Prithvi II were conducted at night from the same base on November 20.

Prithvi II is capable of carrying 500 to 1,000 kg of warheads and powered by liquid propulsion twin engines. It uses an advanced inertial guidance system with manoeuvring trajectory to hit its target. It was inducted into the Indian defence forces in 2003.

Another round of test is being planned on Wednesday, sources said.