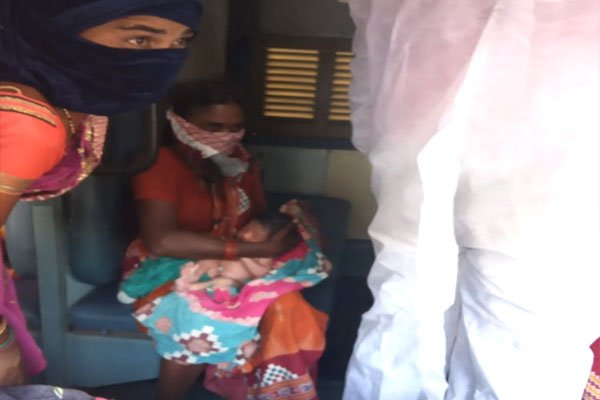 Balangir: Another woman onboard a Balangir-bound Shramik special train delivered a baby at a railway station in Odisha on Friday morning.

The woman, identified as Meena Kumbhar (19) from Thodibahal village under Belpara Tehsil of Balangir, delivered the baby after the train arrived in Titlagarh at 5:40 am, sources said.

She had boarded the train at Telangana’s Lingampali.

Doctors at the railway health unit in Titilagarh attended to the mother and her newborn, who were then shifted to Sub-Divisional Hospital at Titilagarh in a Janani ambulance. Their condition is stated to be stable.

This is for the third time when a woman went into labour pain and gave birth in a Shramik special train in Odisha amid the return of migrants to the state owing to the corona-triggered lockdown.