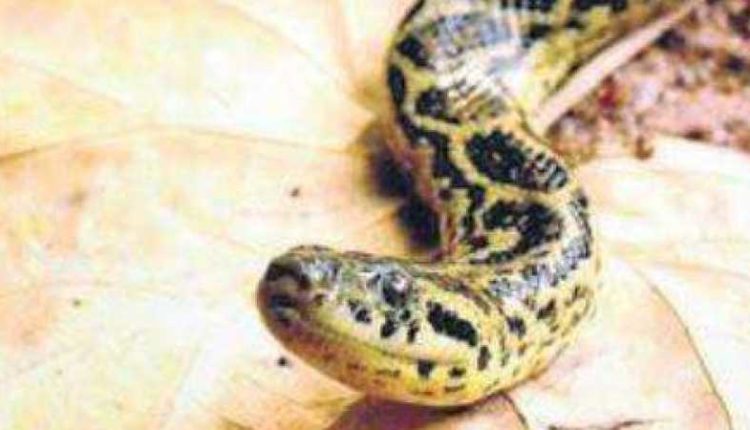 Bhubaneswar: A yellow Anaconda died at Nandankanan Zoological Park, on the outskirts of the Odisha capital, on Friday.

According to sources, three of the four pairs of yellow Anaconda snakes brought to the zoo from Madras Crocodile Bank Trust on October 22, 2019, have died so far.

Two Anacondas had died in the zoo in November last year.