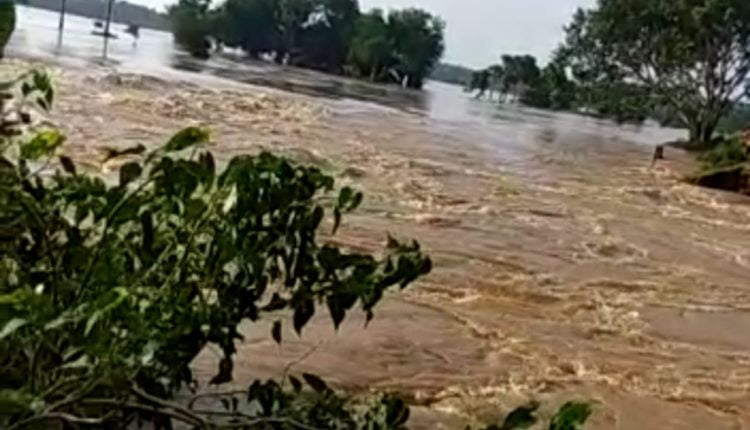 Sonepur: Following heavy rainfall in the upper catchment areas, Mahanadi river and its tributaries were flowing in spate with several villages in Sonepur district submerged by excess floodwaters.

According to reports, floodwaters have cut off road connectivity in several areas, leaving them marooned.

The road connectivity from Birmaharajpur to Sonepur through Bijepur has been severed due to the floodwater. Also, roads leading to Rendhakol, Boudh and Athmallik have been submerged.

Floodwater from Gangijodi has submerged the Birmaharajpur-Amarpali road. This has effectively cut off Bahalpadar, Parjanga, Talia and Luthurpank panchayats in Sonepur district along with Charmal, Rengali and Rendhakhol in Sambalpur district for the past two days.

Several NGO members have come to the rescue of the marooned villagers and also appealed to government officials for help.

Netizens React To Kangana Ranaut As IAF Pilot In ‘Tejas’ & How!