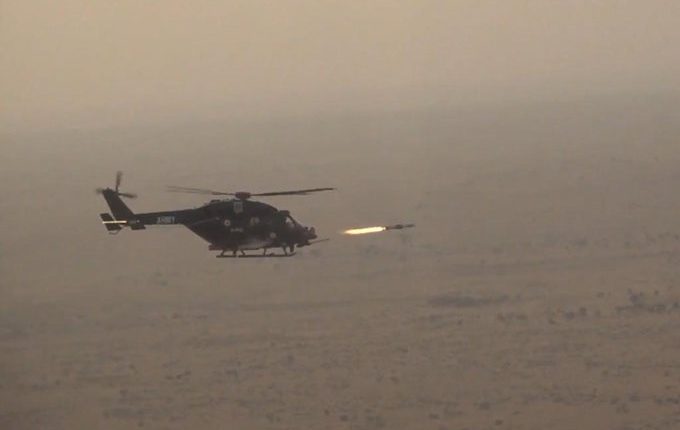 Bhubaneswar: India on Friday successfully carried out user trials of Army and Air Force versions of Anti-Tank Guided Missiles from desert ranges at Pokhran ranges in Rajasthan. The weapons are ready for induction.

The missile is called HELINA in Army version and Dhruvastra in Air Force version. The tests have been carried out from Advanced Light Helicopter (ALH) platform in desert ranges. The missile systems have been designed and developed indigenously by Defence Research and Development Organisation (DRDO).

The HELINA missile is a third-generation anti-tank weapon with infra-red seeker, fire-and-forget features. It is comparable with the wire-guided HJ-8 or Hongjian-8 system with the People’s Liberation Army (PLA) and BARQ laser-guided missile developed by Pakistan.

Defence Minister Rajnath Singh congratulated DRDO, the Army and Air Force for the achievements. Secretary in the Department of Defence R&D and Chairman DRDO Dr G Satheesh Reddy also appreciated the efforts of teams involved in the successful trials.

Airline Adds Some ‘Spice’ To Its Inflight Menu